The Papua New Guinea government says it doesn’t have the capacity to run two Liquefied Natural Gas projects at the same time. 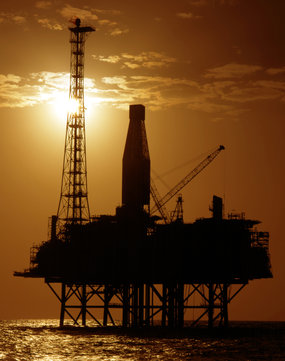 PNG’s first multi-billion dollar LNG project is being managed by Exxon-Mobil, who plan to pipe gas from the country’s highlands to a processing facility north-west of the capital Port Moresby.

The second project’s being proposed by Canada’s InterOil Corporation, following the discovery of gas reserves in Gulf province.

But PNG’s Petroleum and Energy Minister, William Duma, says the government is yet to make a decision on the InterOil project but it can’t run in parallel with the Exxon-Mobil development.

“The government has not a signed gas agreement with Exxon Mobil. The InterOil one is a proposal that is being considered by the government. But our priority now is to make sure the Exxon Mobile project gets off the ground as soon as posible,” said Mr Duma.

Exxon Mobil is expected to make a final investment decision by December, with construction due to start in early 2010.

Meanwhile an anti-mining group in Papua New Guinea has raised concerns about the possible environmental impact of an undersea extraction project.

Nautilus Minerals expects to extract copper, zinc, gold, and other metals from massive sulfide deposits on the seabed off New Ireland province by 2010.

But critics say the undersea mining has the potential to be socially, economically, and environmentally destructive.

The New Guinea Islands Social Front, a group representing New Ireland, East and West New Britain and Bougainville, says not enough is known about the technique to be used at the site.

“Because it’s the first of its kind in the world, we are not certain whether there will be environmental damage or not,” the group’s deputy chairman, Salatiel Rambalis, told Radio Australia’s Tok Pisin service.

The company must now prepare a draft environmental management plan for government review.