There have been many massacres and slaughter of Aborigines that have gone unrecorded in Australian history, but the Myall Creek Massacre, stands out, as the only one of its type, where the perpetrators were punished for the crimes against Aborigines. 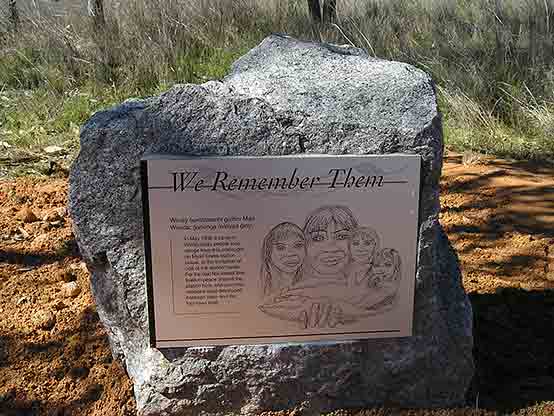 On the 10th June 1838, twelve armed stockman rode onto Henry Dangar’s property at Myall Creek in Northern NSW, near Bingara, and rounded up, like animals, twenty eight friendly Aboriginal, elderly men, women and children. These were the relatives of the Aboriginal men who were working with the station manager, William Hobbs.

The twelve stockmen then dragged the Aborigines into the bush and slaughtered every last one. Their bodies were then burnt. The cowardly attack on the elderly Aboriginal men, women and children was well planned.

When William Hobbs returned and discovered the attack, he immediately began his own investigation into the atrocity. He went to the site of the massacre, questioned other employees of the station and let it be known that he intended to report the matter to his employer, Henry Dangar, as well as the authorities.

Governor Gipps ordered an investigation into the incident with the view to prosecution. There was a great deal of antagonism against the Government for this decision.

Unfortunately, colonial Australia was extremely racist and Victorian in their thinking and treated Aborigines as pests, and animals to be exterminated. Later, when the perpetrators were put on trial, one juror was quoted in the Australian Newspaper as saying,” I look on the blacks as a sort of monkey and the sooner they are exterminated from the face of the earth, the better. I knew the men were guilty but I would never see a white man hanged for killing a black.”

The hanging of the Myall Creek murderers caused great outrage in Sydney, but there were many colonists that were outraged at the massacre of Aboriginal people, but unfortunately, those colonists were the minority!

One hundred and sixty two years after the massacre, a memorial to the Wirrayaraay Aborigines of Myall Creek was dedicated on the 10th June 2000. An annual memorial service has been held on 10th June, at the site of the massacre, ever since. Colin Isaacs is the artist who painted the original artwork from which the engravings on the seven plaques along the memorial walkway of the Myall Creek Memorial were made.