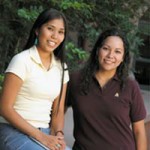 From North Dakota to Arizona, strong, talented, accomplished Native American women are taking up the challenge of protecting themselves and their sisters, their mothers and aunts, their grandmothers and granddaughters, from the devastation of domestic violence and sexual assault.

The level of violence against women and children in the U.S. is appalling, and the numbers for Native American women and children are staggering. An estimated one in three Native American women will suffer a sexual assault in her lifetime, compared with one in six for the population as a whole, according to figures from the U.S. Justice Department.

“Crimes against Indian women and children strike at the very heart of tribal sovereignty,” reads the 2007 Senate Indian Affairs Committee concept paper on law and order that identified domestic violence and sexual assault as one of the five critical areas in which law enforcement in Indian country was failing.

Following the release of the paper in November 2007, the Tribal Law and Order Act of 2008 was introduced in the Senate and the House July 23, 2008. The last action on the bill was Sept. 18, 2008, when the Senate Committee on Indian Affairs held hearings. The bill didn’t pass and was reintroduced in the 111th Congress April 2. The Senate held a hearing on the proposed legislation June 25. Sen. Byron Dorgan, D-N.D., has scheduled another hearing for mid-September, and the Department of Justice Office on Violence Against Women is considering a Tribal Consultation Oct. 30 in Minneapolis.

Congress is expected to be absorbed in health care reform and climate-change legislation this fall.

But in North Dakota, Linda Thompson and her colleagues at the First Nations Women’s Alliance and its member organizations are organizing themselves to be more effective in supporting – and healing – the victims of domestic violence and sexual assault on the four North Dakota Indian reservations.

“It’s often thought that young black men are the most victimized in the U.S., but it is actually Native women,” said Thompson, paraphrasing a statement in the Justice Department report, “American Indians and Crime.”

The needs on reservations are many and include not enough law enforcement officers, making response times longer; a lack of education within Native American communities about domestic violence and sexual assault; a lack of knowledge in the wider community about the cultural and family values of Indian victims and perpetrators; and not enough attention to how these crimes affect a family, an extended family, a community, a child.

“Our people need help with both the criminal aspects of domestic violence and help to heal from their experiences,” Thompson said. “We have a lot of really good options for treatment; our goal is to empower and to heal. Our people have options, whatever their religion, Native or non-Native.

“All major crimes on our reservations go to federal law enforcement. The FBI makes the case and the U.S. Attorney decides whether or not to prosecute. Roughly 70 percent of the domestic violence/sexual assault cases in Indian country in North Dakota are declined. But just because they didn’t take the case doesn’t mean it didn’t happen.”

What Thompson wants for her organization and for other Native American groups dealing with these crimes and their victims is simple: A seat at the table. “Our goal is to educate tribal leaders across the nation and to set up regular meetings with the U.S. Attorneys Offices and the FBI. We need government-to-government meetings, so we can have some input into what’s happening; we want to create a relationship.”

Thompson is optimistic about this moment and this administration. Then-Senator, now Vice President Joe Biden, she said, wrote the Violence Against Women Act of 1994, and was the one who ensured that Native Americans were specifically included in it.

“It’s a good time to be doing this work,” she said. “It’s the first time in history that we’ve had a White House interested in being involved. And President Obama made a commitment to getting to know Native American governments.”

The Hopi-Tewa Women’s Coalition to End Abuse, a non-governmental nonprofit incorporated this year, is working toward many of the same ends – to promote safety and support for victims of domestic violence and sexual assault, to promote leadership for change in the community’s response to violence against women, to educate the public and make positive changes for the eradication of violence against women, explained Director Dorma Sahneyah.

The organization was first funded in 2008 by a grant from the DoJ’s Office on Violence Against Women. Those dollars were used to set up a board of directors, establish bylaws, and fill out and file incorporation papers. A Recovery Act grant won by the coalition will allow the organization to continue its work for the next two years.

“We’re focusing on collaborating with the Hopi Health Care Center to help them develop the forensic and medial capability to treat victims right here on Hopi. Otherwise victims have to go to Flagstaff [about 90 miles away]. We want to provide services for sexual assault victims here at home. We’re also planning to develop a Hopi Sexual Assault Response Manual for law enforcement and to host a reservation-wide conference for victims, government departments and law enforcement,” Sahneyah said.

Victims, she explained, often feel their experience is of little interest to law enforcement or the courts. “People have been upset about how the reports they make to law enforcement have been handled. The system is caught up in doing what it does, but not so much with the victims. They feel alone. That’s why we are using the victims center model. We can offer the support they need, and the help they need to go to court. Court can be very intimidating for people, and if the charges are filed in federal court, they must go all the way to Prescott or Phoenix.”

Sahneyah said there are six Hopi and Tewa women on the board and one to be voted on soon.

“I want to give credit to the women who are committed to this work on Hopi. They are very strong women, already seen as community leaders,” Sahneyah said. “They are learning their roles and responsibilities. They care. All of them are volunteers. The all have other jobs. They’re wonderful.”

The OVW administers 18 grant programs authorized by the Violence Against Women Act of 1994 and other legislation.