An Auckland-based composer and performer is currently looking for two young Maori singers, a tenor and bass, to record and tour with this year, beginning in early March.

Dudley Benson (Ngati Pakeha) has been making a name for himself through composing and performing music that is both beautiful and unique. 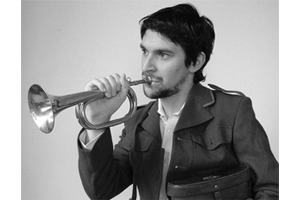 A former chorister at the Christchurch Cathedral, Benson released the Steam Railways of Britain EP and The Orders, Medals and Decorations EP through his own label Golden Retriever Records in 2006.

After releasing his debut album in 2008 and touring nationally with choir (mainly made up of National Youth Choir members), string quartet and Richard Nunns, Mr Benson was given a grant by Creative NZ to record and release his own interpretations of Hirini Melbourne waiata. This CD will be released in July, with a national 11-date tour in July/August, with possible overseas dates to follow. Stylistically, he is aiming for a close-part barbershop feel with an influence of RnB, and therefore is wanting to record and tour with two tenors and two basses. To date two of these positions have been filled with one of each so far through the music school at the University of Auckland, and Mr Benson is now looking for two more singers.

The project will be unique opportunity and provided those who are successful with a lot of experience, working with original material and being paid for it. In terms of their commitment, so as you know, rehearsals would be in evenings in Grey Lynn, twice weekly through March, with recording at Radio New Zealand in April. Rehearsals break in April, then start again in May-June, then touring in July/August. Therefore, a certain amount of experience/confidence and commitment would be important.