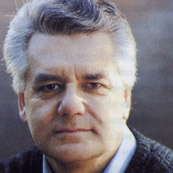 1. It is a concept sourced within tikanga.

2. As a concept of title it naturally presupposes a set of subsequent rights or entitlements – title without recognised and enforceable entitlements is a contradiction in terms.

3. The integrity of the title presupposes and was always dependent upon the fact that the foreshore and seabed belongs to Maori.

1. Tipuna Title As A Tikanga Concept – Tipuna title may be described as the physical and spiritual interests that collectively vested in Iwi or Hap? as part of their mana or rangatiratanga in regard to the whenua. It is a title that exists within what may be termed “relational interests,” that is the interests that inhered in the relationships of a particular whakapapa and the willingness of our people to develop existing or potential relationships with others.

It is an absolute title in the sense that rangatiratanga and whakapapa create inalienable ties to the land. Being tangata whenua implies having whenua to be tangata upon, and “tipuna title” presupposes a continuing authority in relation to it.

It may in fact be construed as a unique M?ori construct of ownership because it implies a collective exclusivity. In that collective context a mokopuna was born into the collective title through his or her whakapapa. It depends upon the fact of birth and the presumed permanence of whakapapa.

Because the title inhered through whakapapa in this way it was defined through an understanding of whakapapa as a concept and a reality. For example if an Iwi or Hap? was defeated in battle or a mokopuna with an interest moved away the ability to practically enforce the title would slip into abeyance but the notional title would remain as long as the whakapapa endured.

An analogy may be drawn with the p?peha of the people of Whanganui, “E rere kau mai te awa nui mai te kahui maunga ki Tangaroa ko au te awa, ko te awa ko au”. In that case the people are part of the river because of their whakapapa and they have “tipuna title” because of their relationship with it. If they move away they may not be able to fully participate in everything that that means in a practical sense but their notional title remains because moving does not extinguish their whakapapa.

The rites of birth affirmed the tipuna rights derived from the title that were then exercised within a tikanga of reciprocal obligations to manaaki the land and the moana. In that context they may be accurately defined as “relational rights”.

Thus in 1886 the Ng?ti Kahungunu rangatira Te Ataria defined the origin of rights in terms of our whakapapa with the land and our place as tangata whenua – “Ko te putake o o t?tou tikanga, t?nei tonu i te r?kau kauri. I wh?nau tonu i k?nei, i tipu ake t?tou i k?nei, ko t?tou te tangata whenua”.

The rights were real and enforceable and included an absolute right to permit or restrict access by others in appropriate circumstances. In Ng?ti Kahungunu a notion of kauhanga or “passageways” developed as the means to facilitate access by others on approved and negotiated terms.

In certain circumstances access or use rights might therefore be granted to others with whom Iwi sought a relationship, while in other cases they might be developed in new ways without diminishing the mana or integrity of the tipuna title itself.

The Integrity Of The Title – The integrity of every M?ori concept to do with the land and waters was premised on the fact that if the earth is indeed Papatuanuku, the Mother, then like the people of Whanganui we belong to her and she belongs to us. In that context the foreshore and seabed clearly belongs to M?ori.

The integrity of the title was guaranteed by the mana and rangatiratanga of each Iwi and Hap?. What The Title Is Not – The title is not a customary title as defined in P?keh? law.

Those titles are definable by P?keh? law which also reserves to itself the right to then extinguish what it has defined. Tipuna title presupposes that the title is definable only by Iwi and Hap?.

The title is not the same as the P?keh? notion of radical title. That title is predicated upon the idea of an institution (the Crown) being the ultimate landlord.

It is important to stress that the entitlements are akin to but not the same as “property rights” simply because they are derived from a quite different cultural and legal paradigm.