The introduction of the Budget may have overshadowed the passing of the three strikes bill, but Greens co-leader Metiria Turei says the Sentencing and Parole Act will have a continuing impact on Maori long after the tax cuts are spent. 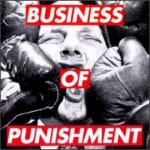 Ms Turei says says lawyers, social agencies, restorative justice workers and others in the system know the new law will sweep up disproportionate numbers of Maori because of the racist filters already in the system.

She says the National Government let the bill through to satisfy ACT and its own right wing, without looking at the wider consequences.

Ms Turei says the three strikes law shows the government has no commitment to justice, fairness or Maori issues.