When spoken to, company CEO Joe King laughed off the possibility of objections.

Maui Oil is looking for other culturally sensitive Pakeha sites because it believes they have not been explored.

“Pakeha have been quite protective of sites they consider culturally important and have avoided drilling in those areas. This has left an opportunity for us to exploit,” Mr King said.

The same cannot be said for culturally sensitive Maori sites, many of which have been poked, prodded and exploded in the name of oil exploration or progress. 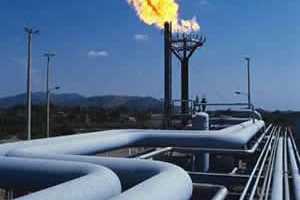 The essence of these matters was raised at the recent Waitangi Tribunal Hearing at Aotearoa Marae in South Taranaki.

The South Taranaki District Council made it clear there was nothing in its rules to stop oil companies exploring anywhere they wanted to.

“That’s great for us,” said Mr King. “We basically have carte blanche to do anything we want in South Taranaki, as long as we are drilling for oil.”

So why has this government done such a dumb thing? Is it to guarantee oil and gas supplies for us?

Nah, once oil and gas is found it belongs to the overseas explorer and is flogged off on the international market at the highest price.

They don’t care if we have supplies, only that we pay their price.

Don’t believe me? Try paying less for your petrol next time you gas up, see what happens.

Did government make these changes to help local communities grow and develop?

Nah, have you had a look at Waitara and Hawera lately?

Great communities but no one in their right mind could claim their cup runneth over with community development funds from the oil and gas industry.

Why? Because the profits get sucked offshore and what’s left is like a used condom, nothing but mess.

Has the Government done this to enhance our environment?

Nah, take a look at the Gulf of Mexico oil spill; the people who stuffed that up are also exploring here. Yep, nothing but mess.

So what’s really behind the Government’s haste to get as much oil exploration done as quickly as possible.

I reckon it’s because of those pesky Maori and their delusional Waitangi Tribunal oil and gas claim.

How dare they claim an interest in oil and gas just because they were here first and it’s under their land. Good God, where will it end?

But here’s a question for you: how come oil and gas can be a Crown taonga (treasure) but not a Maori taonga.

The Crown reckons it’s because they nationalised it back in the 1930s, but we all know nationalisation is just a flash word for stealing, like confiscation.

So what makes the Crown think it can steal stuff and get away with it?

Imagine a world where Maori had ownership of our oil and gas resources.

Unlike those foreign companies, Maori would pour money back into their communities because this is home, this is where they live.

Here’s one example of what Maori are doing without oil and gas, so imagine what they could do with it.

The Tuaropaki Trust was established 30 years ago and is situated 30 kilometres north-west of Taupo.

They grew and harvested 2700 tonnes of vegetables in their 12 hectare glasshouse, generated 900 gigawatt hours of electricity for the national grid from their geothermal power stations, established a major vermiculture worm farm as their contribution to the environment and entered the mobile phone and satellite communications business.

Having taken care of business they then provided financial grants for their elderly, their marae, tangihanga (funerals), sports and cultural representation and secondary, undergraduate, bachelor and post graduate education, as well as special scholarships for science, engineering and business studies.

Not satisfied with that they then paid their owners a healthy dividend that would be the envy of many private equity shareholders.

But Tuaropaki is not an isolated case; there are many Maori organisations making similar contributions to their communities.

So come on Big John, share the oil and gas revenues with Maori and we will do what no overseas oil company does, plough it all back into the communities from whence it came.