After months since rumors first circulated regarding the possible demise of toi iho – the Maori trademark of authenticity and quality, an agreement at a meeting in early May, was reached in less than 45 minutes. It signalled toi iho’s future as being transferred from the government’s Creative NZ stables, to a new Maori owned entity. 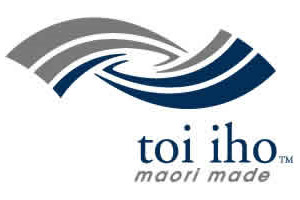 In an official letter from barrister Maui Solomon, and legal counsel for Transition Toi Iho Foundation (TTIF), to toi iho registered artists and TTIF members, the letter states ‘the Toi Iho trade marks and all associated intellectual property rights (IP) would be transferred across (from Creative NZ) to TTIF as trustee for a new legal entity’.

The meeting attended by interim TTIF trustees, representatives of Creative NZ’s Te Waka Toi, and hosted by Te Puni Kokiri , was the culmination of a series of fractured meetings, hui, correspondence and media speculation regarding CNZ’s decision to ‘disinvest’ in the toi iho trademark in October 2009.

While Te Waka Toi’s chair, Darrin Haimona delivered the news to a relieved and appreciative group of TTIF trustees, he was clear CNZ required a legal entity into which the Toi Iho marks can be legally transferred. The formalities of the transfer are currently being worked through but are likely to be finalised by June 30.

Former Te Waka Toi Chair and driver of toi iho’s establishment in 2002, Elizabeth Ellis, was clearly elated with the outcome. “The world is watching NZ. We led the way with the development of toi iho ten years ago. It’s wonderful that so many people have come together, nationally and internationally, to support the mana of toi iho and to be kaitiaki. Our aim is that toi iho will be our taonga for future generations.”

Plans for how the trademark will be managed by TTIF are not yet clear yet but it is likely changes will be evident to how it was managed under the Creative NZ umbrella.