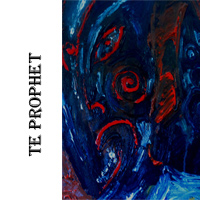 (By Te Prophet) This year like any other year people gather to wananga te reo revitalisation. Over the weekend this hui was held in Rotorua by Te Taura Whiri and Te Mangai Paho, both are government agencies. One has a budget of $4million and the other $57million, of course there is an unequal distribution of funding here but the Maori’s don’t really assess this point too often.

Now I want to talk about what’s happening on the te reo Maori front. I think there has been many developments, could there be more? Of course there can be but realising what these possibilities could mean is probably outside the peripheral of many maori language commentators and participants. Lets take the education sector for example. In education there is probably just over $500million focussed on Maori language education this includes professional development for teachers and learning and support materials such as books etc. This not only includes Maori immersion education or the Maori Curriculum/Te Marautanga but also mainstream education.

So if you include Te Taura Whiri, TMP and Ministry of Education and not TPK you are looking at something close to $600million focused on Maori language revitalisation, possibly more but less than $1billion per annum. One of the reasons why perhaps there is no seamless collaboration within this collective sector is that the same people leading and delivering, whether a small provider, moderator, developer or assessor will make substantially less if collaboration is ever achieved. This would also be true for the agencies involved, therefore any meaningful or true value may not be possible unless under a single overarching body.

It would take a strong government to argue the benefits, even though the benefits would greatly increase this country’s productivity if we are talking big scale here. This argument could also be extended to include the whanau ora experiment where in health alone $500million is focused solely on Maori health initiatives and not mainstream initiatives targeting Maori. Then you take in consideration the Ministry of Social Development $15billion budget per annum including CYF $298million, whereby close to $1 billion per annum is focussed on Maori social well being. The $30million budget for whanau ora is only a tester, if the agencies can’t get this right on behalf of Tariana, don’t expect an annual increase to the projects baseline anytime soon.

However getting back to te reo. TMP has to take a greater position on digital platforms such as the internet and prepare a move away from traditional broadcasting systems. Content is the future, managing it remains the key to be found. Does Bish understand this, maybe but does he have the courage to make this fundamental step forward I don’t think so even with Larry Parr on his side. Te Taura Whiri is a different kettle of fish. If they focussed on lobbying for legislative change, and I don’t mean their own Act, major changes could occur. Understanding their relationship with the Ministry of Education would also change the game making them the coach rather than a spectator! Think before you act Maori.