It was always going to be interesting, 14 girls in close quarters competing to become New Zealand’s next Top Model. There were cat fights, LOTS of swearing and some really interesting life stories (considering the girls were so young), Dakota had been homeless, the girl who was a size 16 a few years ago, the red haired twins.

But the instant we saw Danielle Hayes, the Maori girl from Kawerau (Whakatohea) who told the country the thing she was most proud of was that she wasn’t pregnant or in jail, she had us. Her staunchness, her beauty (which is incredible) and the way she continued to excel was a joy to watch. 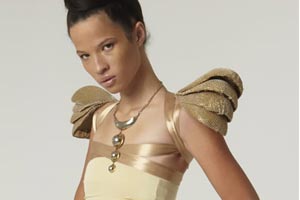 From fourteen to three tonight and then there was one… Even though Danielle has been a stand out since the show first aired, you just never know so finding out that she won tonight, made our weekend!

The 19-year old was visibly shocked when it was announced that she had won.

Judge Chris Sisarich says he saw something special in Hayes from the beginning of the competition reported TV3.

She has an edge about her look.”

Hayes was in the top three three in the show’s final; up against twin Elza Jenkins and Michaela Steenkamp (from South Africa).

Elza Jenkins was eliminated halfway through the show and Danielle and Michaela flew to Wellington for the final contest.

The public played a massive part in Danielle’s victory; on the TV3 website Danielle held 60 percent of the votes, Elza 25 percent and Michaela just 15 percent.

Nice to know that even mainstream New Zealand can appreciate both Danielle’s ruggedness and intriguing beauty.