A major social history exhibition exploring the rich and sometimes turbulent history of the largest lake and wetland area in the lower North Island opens next month at Aratoi – Wairarapa Museum of Art & History.

Historic photographs, paintings, taonga, and film trace the stories of Lake Wairarapa from its role as a traditional food basket for local Maori, through conflict with the Crown from the 1850s onwards, to its present day status as an internationally significant but threatened wildlife habitat.

WAIRARAPA MOANA is one of the most complex exhibitions ever developed at Aratoi,” says Marcus Boroughs, Director. “The entire region known as Wairarapa is named after Lake Wairarapa, yet most people know very little about the lake’s history or its current state which borders on being an ecological disaster.”

“The exhibition will raise awareness of the lake and its history using the concept that by understanding its past we can better manage its future, and perhaps re-establish and revitalize its mana and wairua.”

A centrepiece of the exhibition will be the 14.4 metre waka taua (war canoe) currently held at Te Papa, which has been restored for the exhibition. Te Heke Rangatira was originally a fishing canoe, and later used to transport people and goods across nearby Lake Onoke. This will be the first time it has been returned to Wairarapa for an extended period since it was taken to the Dominion Museum in 1905.

“The logistics involved with the shift of Te Heke Rangatira to Aratoi are complex and have been two years in the planning,” says Luit Bieringa, Acting Director at Aratoi. “The crated waka will be transported across the Remutaka on 22 October by the Masterton trucking firm McAuley’s Transport Ltd. We are very grateful for their generous support in this undertaking.”

“The south wall of the main gallery also has to be opened up, to allow the large waka to be moved in.” The waka will be blessed at Te Papa before its journey, and welcomed formally at Aratoi by tangata whenua and museum staff.

Also on display will be taonga from the families of Wairarapa Rangatira and Premier Richard Seddon, along with historic h?naki (eel baskets) from the Whanganui Regional Museum and Te Papa, along with other taonga provenanced to Wairarapa Moana.

Pg 1 of 2 pgs Wairarapa Moana was a crucible of tension between iwi and European settlers. The area’s seasonal flooding – crucial to M?ori fisheries but destructive to pastures – became a point of contention which culminated in 1896 when the lakes and disputed land were gifted by rangatira to the Crown. But the conditions of this gift – including that Maori could continue to access their vital native tuna (eel) fishery and that exotic species would not be introduced – were not honored, and the lake and its wildlife suffered degradation in the ensuing years.

The stories of Maori and P?keh? families who have been living near the lake for generations are told, including those who migrated to the Pouakani lands near Mangakino – lands that were given as part of the negotiations with the Crown in the late 19th century.

Wairarapa Moana is a breeding, feeding and nesting ground for numerous birds, and supports rare and endangered native fish species, including the longfinned eel, and a number of threatened, regionally rare plants. But the Lake and its wetlands are threatened by the impacts of farming, grazing, pest plants, and waste flowing into it from the Ruamahanga River.

The exhibition documents this fragile ecology and how iwi, farmers, and other stakeholders are now working together to find ways of managing the area more sustainably and realize the vision: Whakaora te repo, ka ora te taonga wai – Restoring our wetland treasure.

An education and public programme will run throughout the duration of the exhibition, and an accompanying publication will be launched next year. 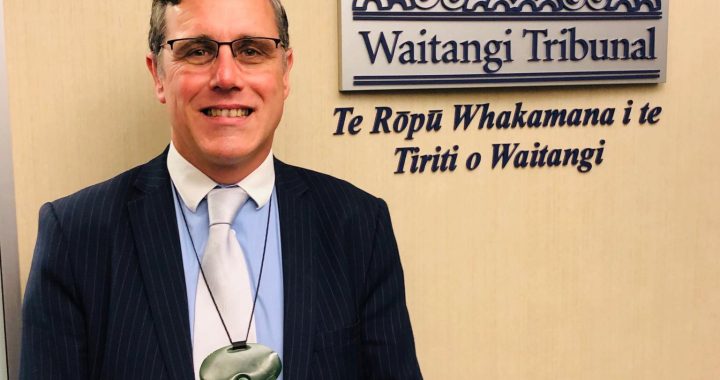