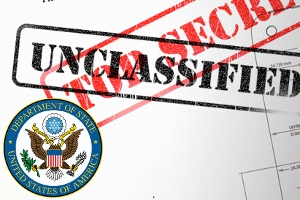 1. ( SBU) Summary: On February 5–the day before New Zealand’s official national “Waitangi Day”–the Ambassador and DCM joined a large Diplomatic Corps contingent in Waitangi for a program commemorating the 170th Anniversary of the signing of the Treaty of Waitengi in 1840. The Diplomatic Corps’ participation in celebrations at the Waitangi site ended a 15-year absence which began in 1995, when Maori protesters had underscored their displeasure with the government by baring their buttocks at the international guests. This year’s carefully managed program for diplomats offered nothing so dramatic, but the political nature and underlying tensions of the celebrations came through during the public exchanges between PM John Key and Maori leaders at the Te Tii Marae (tribal area).

2. (SBU) Security was tight at the Te Tii Marae with dozens of Maori wardens and members of the Waitangi war canoe team armed with paddles assigned to keep order. They formed up before PM Key’s arrival under the direction of a Maori activist who gave a running commentary, saying that the PM would be safe (after being manhandled at the 2009 celebration) “even though we don’t all like him.” Key arrived surrounded by his own security and escorted by Titewhai Harawira, the respected activist and mother of the controversially outspoken Maori Party Member of Parliament (MP) Hone Harawira. Key entered the marae through an entrance flanked by controversial red, white and black Maori flags, received a Maori welcome, and sat for a formal discussion with tribal leaders.

3. (SBU) Hone Harawira, who is not a member of the Waitangi iwi (tribe) and normally would not be participating, was given the microphone early in the exchanges. Harawira began by lecturing Key for criticizing him based on newspaper stories (about his misuse of official travel funds). He berated Key and National Party policy, saying that “a lot of our people are still starving and raising GST (sales tax) might be good for you and your mates but it is certainly not going to help the people on low incomes.” In a rambling presentation, he also said “you know what I am saying about Pakeha (caucasian) colonization is true.”

4. (SBU) Dr. Pita Sharples, co-head of the Maori Party, which is in the governing coalition with the National Party, sat with PM Key. He was at pains in his remarks to reject Harawira’s suggestion that being in the coalition was compromising Maori demands. When his turn came, PM Key spoke confidently about progress on the Treaty settlements. He acknowledged disproportionate Maori unemployment levels and pledged to address them. He said that the root of unemployment among young Maori was a high school dropout rate. His government, he said, was looking at alternate, better ways of delivering education but needed the cooperation of parents and tribal leaders. Key, in a reference to on-going negotiations on the Foreshore and Seabed Act (which in 2004 stopped Maori from going to the courts to seek customary title to foreshore and seabed areas), said 2010 could be a “breakthrough year.” He added the cautionary note, however, that the negotiations had to have give and take on both sides and had a “bottom line of access rights for all New Zealanders.” Key mentioned outright repeal of the Act, which many Maori are calling for, only as one possible outcome of
the negotiations.

5. (C) Comment: PM Key’s remarks on the Foreshore and Seabed Act at Waitangi have generated criticism among Maori because they seemed to walk back a position he took last November which seemed to promise repeal. The smart betting is that he will eventually back repeal, which underlies Maori Party cooperation with the National Party, but only after he achieves the difficult task of an “elegant” solution which does protect access rights for all New Zealanders to the foreshore and seabed areas, rights which are potentially highly lucrative. End Comment. 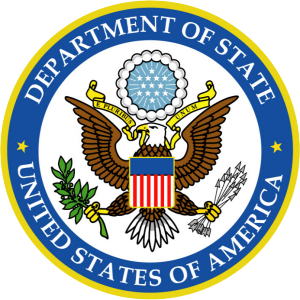