A Christian group has apologised to Taranaki iwi after causing offence when they hiked up Mount Taranaki and had a barbecue at the summit. 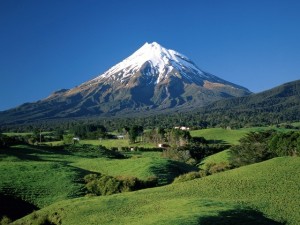 The group of Christian friends made a trophy video of their journey up Mt Taranaki, even lugging up a couch.

“The main reason was just for a laugh,” said Jordan Millen, the tramp organiser.

When they reached the top, they cooked some food and dubbed their adventure the epic barbecue.

But it has left a sour taste with local iwi.

“The activity that happened on the maunga [mountain] over the weekend was totally inappropriate and totally insensitive to the cultural values,” said Toka Welden, local iwi representative.

In the Maori world, mountains are places of spiritual presence and to be respected.

The Department of Conservation says Mt Taranaki is personified as an ancestor to local iwi, with the summit being the head and considered tapu, or sacred.

The Christian group has since apologised for the barbecue.

“We’re just very sorry that it has caused offence and didn’t mean to,” Millen said.

But they say they were not aware they were doing anything wrong.

“There was nothing at all, no signage. We had no idea and no way of telling,” Millen said.

“We’re saying to people, ‘look just think about these sort of things, go up there and enjoy the summit, but here are some things that aren’t appropriate to do’,” Mohi said.