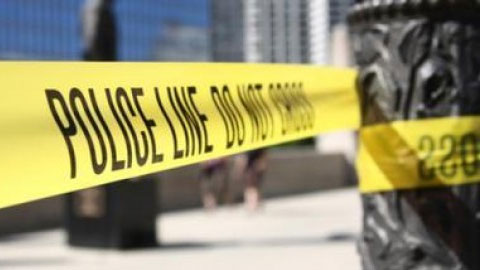 (Source | Daily Post) More than 200 people had to be evacuated from an area in Whakatane after a bomb threat yesterday.

Maori Affairs Minister and Maori Party co-leader Pita Sharples, as well as 200 delegates from 45 countries, were in Whakatane for a Sharing Power Conference organised by the International Union for Conservation of Nature (IUCN) Commission on Environmental and Economic and Social Policy.

The audience were packed into Wairaka Rd’s church-owned Liberty Centre yesterday morning when police got a phone call telling them a bomb had been put in the centre and would go off at a certain time.

At 10.20am police evacuated the delegation, warning nearby residents to leave their homes and setting up traffic cordons.

Many scores of people were milling around the bottom of the centre carpark before a man on a loudspeaker asked them to follow his lead as he walked to the base of a nearby waterfall.

None appeared to be frightened by the bomb threat.

Mr Sharples, who had been speaking when the threat was made, continued his speech when the group arrived at the waterfall.

He was followed by other speakers.

Songs were also sung as the conference continued outdoors.

Delegates said the waterfall was just as nice a venue as the centre but cooler.

Senior Sergeant Bruce Jenkins of the Whakatane police said he could not comment, referring The Daily Post to police national headquarters, which could not be reached for comment.

But a statement issued by the police communications centre said the precautionary evacuation measures were taken until a thorough search could be made of the building.

After initial investigations two youth aid officers were sent in and the all-clear was given shortly after that.

Yesterday was first day of the four-day conference.

The Daily Post understands that on Tuesday there was an incident between conference organisers and a group claiming to represent another iwi.

It is understood members of the group caused a “small scene” and were escorted from the Liberty Centre by security.

A witness, who did not want to be named, said the group had threatened to cause further disruption as they were leaving.

Te Whare Wananga o Awanuiarangi did not want to comment on the bomb threat and the Ngati Awa media liaison team said a press release would be made which was not available before The Daily Post went to print.

Also at the conference were Winona LaDuke, a Native American activist and environmentalist, US politician Elinor Ostrom, an American political scientist and Nobel Prize winner, and Ashok Kosler, an academic and sustainable development expert.