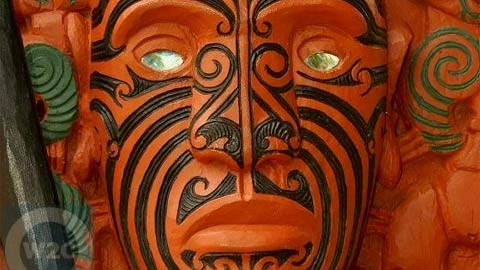 Update: upon reading more thoroughly we decided to change the headline from “Calls grow to charge non-Maori media at Waitangi” to “Media Charges at Waitangi hyped” – it seems clear that the Marae only wishes to allow local Maori media in for free – all other media will be charged. Last year a koha option was provided but with most outlets choosing to pay only $40 – the Committee felt that this option was being misused. Kia ora!

TangataWhenua.com heard from whanau that there are calls to charge Pakeha media $1000 to enter the lower Te Tii Marae at Waitangi on February 6. Although this call has been from some members of Nga Puhi this policy has not been confirmed yet and has been branded racist by Matarahurahu hapu chairman, David Rankin.

However we have seen that the chairman of the Waitangi Marae Maori Committee, Hama (Albie) Apiata, says criticism of a $1000 charge to media outlets on Waitangi Day is ill-informed.

Apiata told ONE News that the fee is applicable to all media outlets, not just pakeha media, bar the local iwi radio station, and helps cover the costs of the day.

“If it’s cost recovery that might be reasonable but charging the media for a fee for covering our national day of celebration in my view seems unreasonable.

But Apiata said no one is talking to Ngapuhi about any issues with the fee and it wasn’t confined to pakeha media.

“The new committee here is just doing what’s happened in years gone by – in fact $2000 was previously recommended.

“We have to put up marquees, feed everyone, clean up the mess afterwards. The money helps with looking after the marae for the community here that has it all year round, not just for one day.

“The marae goes into debt for this and that has to be covered. We are a small village looking after a national marae,” Apiata said.

Last year, a number of media groups paid $500 to enter and report on the day’s festivities at Te Tii Marae, which is across the river from the main Waitangi Treaty grounds. Some rejected the fee demand and negotiated entry by paying a koha of up to $40.

And Apiata says people may choose to do that this year.

“If they don’t give us money for koha, many people give us food to feed all the people,” he said.

Rankin said the ruling to charge again this year has been made by a small group of Ngapuhi – the trustees on the marae – and that even if there are costs to recoup from the day that’s not relevant.