(Source | Stuff) LATEST: An unrepentant Hone Harawira has lashed out at his suspension from the Maori Party caucus, labelling it “a public relations disaster” for the party.

The suspension came yesterday after a fractious Waitangi weekend in the Far North.

Harawira spoke to media this morning in a press conference at Parliament.

“We have been swallowed up by the National juggernaut. We are seen as merely the Maori face of a Government that is hurting Maori people,” Harawira said.

He pledged to stand again for election in his Te Tai Tokerau electorate, whatever happened.

He said he regretted the treatment his electorate’s people had faced through the party disagreement.

“I’m really sorry about how they’re being treated here,” he said.

“They’ve been working day in day out … and they have been rebuffed at every effort.”

Harawira admitted he had made mistakes and that he could have handled his relationships with colleagues better.

“I don’t have all the answers … but I also know our people are crying out for us to re-connect with them.

“This should not be about silencing one voice, it should be about challenging ourselves to be the best we can.”

Harawira read from a statement he had written on his laptop beforehand.

He said the Maori Party council had not been told about his suspension before it was announced.

“The process of kaupapa Maori has been ignored.”

Most Maori would want the lawyers dropped and a kaupapa Maori process to be carried out, he said.

“I think this could be done and dusted by the weekend,” he said, and the party could get on with trying to win all seven Maori seats.

“This whole situation has become an absolute public relations disaster for the Maori Party.”

Maori people were not happy to support a relationship with the National Party while prices kept going up and the Government kept giving millions of dollars in tax cuts to the rich.

“Our people are getting hammered every step of the way. Not because I say so, but because every single economic commentator is saying so.”

“We should be forthright in saying we want Maori to be compulsory in all primary schools.”

The party should demand no further “bail-outs” for big business.

PM: NO CONFIDENCE IN HARAWIRA’S VOTE

Prime Minister John Key says he can no longer rely on Hone Harawira’s vote on confidence and supply issues – part of the Maori Party’s original support agreement with National – as the MP arrived in Wellington to a political storm.

Key said the Harawira story may overshadow his speech from the throne later today but most people had had enough of it.

“That’s always a risk in politics, isn’t it, that distraction stories take away from the core message. I think at the end of the day most New Zealanders have probably heard enough about the Hone Harawira story.”

Harawira was likely to remain in Parliament so a by-election was unlikely, Key said.

Key said he made it clear after the election that there were two spots in Cabinet for the Maori Party and it was fairly obvious they would go to the co-leaders.

A poll running on Harawira’s website this morning asks: “Is Hone a critic or the conscience of the Maori Party?”

Harawira still faces a formal party disciplinary hearing in Wellington tomorrow after a complaint was laid by the Maori Party whip Te Ururoa Flavell. Co-leader Pita Sharples said the caucus suspension was a separate process to the disciplinary hearing.

His suspension means he will not be allowed to speak in Parliament unless called by the Speaker.

“Where is due process? Where is even the courtesy afforded to us once again as an electorate for our MP?” McNab told Radio New Zealand.

Meanwhile, Sharples this morning rubbished claims he had been touting for a new party candidate in Te Tai Tokerau at the weekend.

He defended the timing of the decision to suspend, saying it was separate to the disciplinary process over the complaint.

“Ours is about us being able to operate with integrity as a caucus,” he told Radio New Zealand.

Flavell told journalists this morning the suspension was up to the leaders; “I am comfortable with it – caucus position”.

Asked if it was a shame that things had got to this point he said: “probably, but inevitable I suppose under the circumstances”.

He did not regret lodging the complaint.

“Not at all, that was the point of it, to bring it all to a head and at least have the discussion so its achieved that goal.”

Decisions were up to the committee to make. 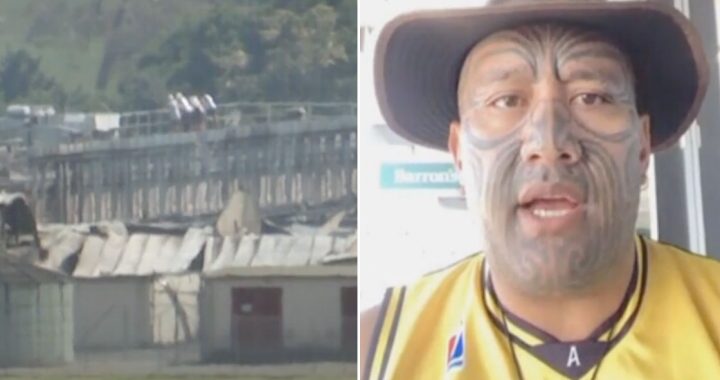 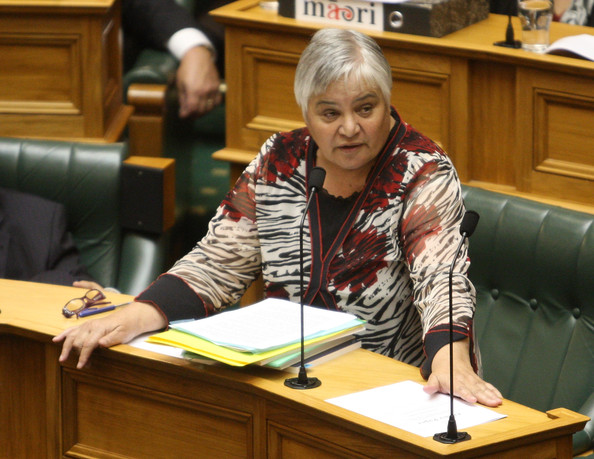 Co-leader of the Maori Party to step down in 2014