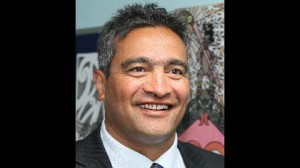 I’m passionate about being Maori, I’m passionate about Maori Health and I’m looking forward to working closely with Iwi, the community and providers to build on and strengthen the work that has already occurred and make sure we are taking a strategic approach to service provision and delivery,” he says.

Born and raised in Southland and a former student of Southland Boys High school, Mr Clarke, who commenced his new role with the DHB on 17 January, is of Waikato and Ngati Hine descent.

He has had a rich and varied career, which has included six years in the army, 15 years in the New Zealand Police Force and 2.5 years with Taikura Trust (an Auckland organisation which conducts regional needs assessment service co-ordination for people with disabilities).

Mr Clarke says part of his policing career that he enjoyed the most was working with Southern Iwi. During his police career he established and fulfilled the role of Iwi Liaison Officer in Invercargill and then Regional Maori Advisor in Dunedin, putting in place a strategy and structure to reduce Maori offending and re-offending, before he rose through the ranks to the positions of Senior Sergeant and then Inspector in Auckland.

However Mr Clarke says a new door opened for him in 2008 when he took on the role of Operations Manager for Taikura Trust.

“It was a fantastic opportunity to work with people in the community and in health,” he says.

“It was a joy to be involved in Maori Health in the Auckland region and it provided many great opportunities including being involved in health projects with Middlemore Hospital, working at a governance level on Whanua Ora and chairing a large group of Maori Health Providers.

Now Mr Clarke is excited about reconnecting with Southern Iwi and working with Mana Whenua to lead and drive Maori Health across the region, establishing new connections and the opportunities his new role with the Southern DHB will bring.

“It’s great to be joining a DHB which has recently merged and was the first to do so and my family is looking forward to moving South,” he says.

“This year’s strategic focus will include developing a Strategic Maori Health Plan for the whole Southern region through consultation with Mana Whenua and the Maori communities, the community providers and the DHB.

“It will be a challenging, exciting and positive time.”