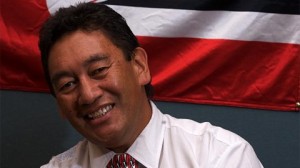 (Radio NZ) Independent MP Hone Harawira says the decision on whether he forms a new political party will be made by a meeting of his electorate committee in Whangarei on Sunday.

The former Maori Party MP told Waatea News that hui around the country have expressed support for a new political vehicle but his own people will have the final say.

“The final decision will not be made by me,” he says, “it will be made by the people of Tai Tokerau.”

Mr Harawira says support for him to form a new party is coming from Maori Party supporters rather than from Maori people generally.

At this stage, he says, he’s sticking to his agreement with the Maori Party not to stand candidates in electorates held by its MPs.

1 thought on “A new Maori movement in the works?”