Many years ago now James K Baxter wrote a poem entitled ‘The Maori Jesus’. It was controversial at the time, picturing the Messiah as being tangata whenua: 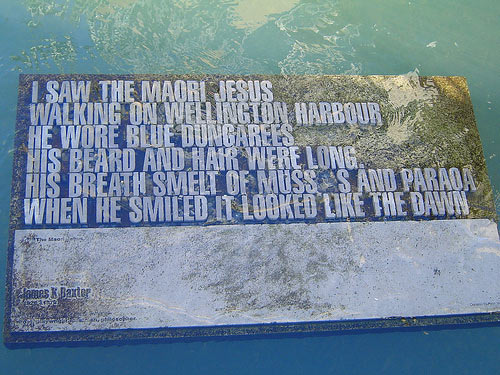 His breath smelled of mussels and paraoa.
When he smiled it looked like the dawn.
When he broke wind the little fishes trembled.
When he frowned the ground shook.
When he laughed everybody got drunk.

Of course Baxter was one of the first Pakeha to respect the mana of Maori, who he insisted should be treated as the ‘elder brother’ in terms of spirituality and wisdom.

Now comes a feature film starring our beloved Rawiri Paratene as Arthur, second son of God. The Insatiable Moon, newly available on DVD, has Paratene playing a Maori psychiatric patient (Jesus’ cousin), with friends such as a homeless alcoholic (Ian Mune), a confused vicar (Jason Hoyte), and a boarding house manager with some of the most inventive swearing ever (Greg Johnson).

While the setting is the very white and trendy suburb of Ponsonby, Paratene was more than happy to play the role, which is based on a novel about an actual character who roamed the streets in the 1980s. “The real Arthur was a M?ori, and that’s where the inspiration for Mike Riddell’s book comes from,” he explains. “And that relates to something I’ve believed in the whole of my life – the specialness of my own people’s stories , and the importance that they have.”

Released in time for Easter, The Insatiable Moon may cause some controversy for people who think that religion and real life shouldn’t meet. Writer Mike Riddell, at one stage in his life a minister, points out that the original Jesus came from unexpected places, and that his family at one stage tried to take him home because he was mad. “The film invites the audience to play with the idea that maybe Arthur is actually who he says he is,” says Riddell. 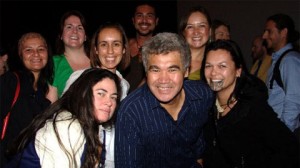 When the film premiered in London, it was greeted with a rousing waiata from Ngati Ranana. Both in Aotearoa and Britain, the story has found a special response from t?ngata whenua – as much for its earthy humour as for it’s inclusion of te reo and Maoritanga.

Paratene reports that he’s frequently been approached following screenings by people who want to tell him it’s better than Boy.

The Insatiable Moon is now available to purchase nationwide at all major outlets, including the Warehouse.