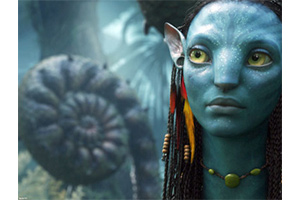 The director of the two highest-grossing films, Avatar and Titanic, visited Ngai Tahu staff at their Wigram headquarters last Wednesday to “see how the iwi had coped after the earthquake”, an iwi spokeswoman said.

Cameron, who is interested in global indigenous issues, based the fictional language spoken by the blue alien characters in Avatar on Maori.

Avatar, which grossed US$2.7 billion (NZ$3.4b) worldwide, was made in Wellington. Two sequels also look set to be created in the capital.

She said the Christchurch visit was not related to pre-production work for the Avatar sequels. Cameron knew Christchurch from a visit in the 1990s.

“He was making a private visit to New Zealand and he just called in to Christchurch to see how people were coping. Avatar deals with indigenous issues and all around the world he has those kinds of connections,” she said.

A Ngai Tahu spokeswoman said “Cameron dropped by on a private visit”.

“He was here to see how the iwi had coped after the earthquake and he was accompanied by people from Film New Zealand, who we were also delighted to host.”