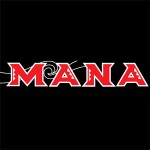 Prime Minister John Key has announced the date for a by-election in Te Tai Tokerau will be Saturday June 25.

The by-election follows the resignation of Independent MP Hone Harawira.

“The by-election Writ day will be Wednesday 25 May. The last day for candidate nominations to be received will be Tuesday 31 May and the last day for the return of the Writ will be Thursday 14 July.”

Harawira officially resigned, effective from May 20, just four working days before the cut-off point for the by-election to be held.

He said he was comfortable with his decision, despite criticism from other political parties that it was a waste of $500,000 in taxpayer money so close to the general election in November.

“I look forward to going back onto the streets of Tai Tokerau, to discuss the issues, to reaffirm that support, and to seek guidance as to how best to build for the future,” he said.

Under rules preventing a by-election being set in motion less than six months out from a general election,