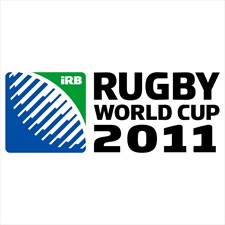 (National Business Review) The place of Maori culture in New Zealand tourism has been questioned, after a reported lack of representation at a Rugby World Cup campaign launch last week.

The REAL New Zealand showcase, a campaign across 16 different industry sectors aimed at getting international business leverage during the World Cup, was launched in Auckland last Thursday.

In Parliament today, Labour MP Kelvin Davis asked Prime Minister John Key how he was demonstrating the competitive advantages of our unique Maori culture if Maori were barely represented at an event as significant as the showcase.

“Why, aside from a few brown-faced waiters and a bit of music, did Maori and Maori tourism have no significant presence at the launch of the REAL New Zealand Showcase?” Mr Davis asked.

Mr Key, who is the minister responsible for tourism, said there were many events that would showcase Maori during the tournament.

“The REAL New Zealand Showcase is by sector, and Maori are an important part of each of those sectors and play a part in them,” he said.

6 thoughts on “Why are Maori being left out of Rugby World Cup showcase launch?”