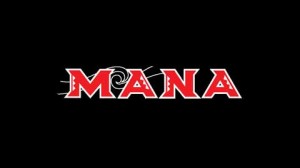 Hone Harawira’s new party has been officially registered and if he wins the Te Tai Tokerau by-election tomorrow night he will return to Parliament as Mana Party leader.

Harawira formed Mana after splitting with the Maori Party but risked the embarrassment of returning as an independent after applying for registration just two months out from tomorrow’s by-election.

The Electoral Commission this afternoon confirmed Mana’s registration and said it had considered all the issues raised by the public, including possible confusion over the name.

“Although there is a remote possibility of confusing or misleading a small number of electors in the Mana electorate this falls short of the statutory test for refusal of registration of a political party,” the Commission’s board said.

The announcement means Harawira will be able to claim more funding as the leader of a party than as an independent MP.

The Tai Tokerau by-election candidates had one last face-off this afternoon before polling booths open tomorrow.

Almost 1400 special votes had been cast by Thursday night.

– Stuff – click here for link to the original article: http://www.stuff.co.nz/national/politics/5190569/Hone-Harawiras-new-party-made-official