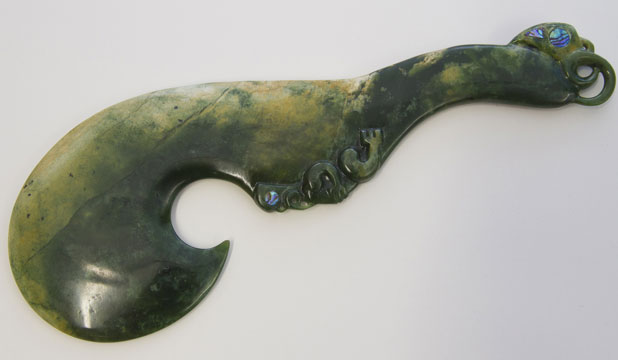 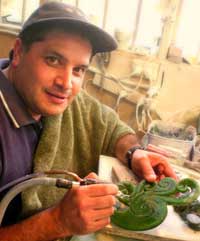 Aden Hoglund could be Hokitika’s best-kept secret but now that Barack Obama knows his name, word might start to get around.

Hoglund, of Ngati Raukawa, has been carving pounamu for 23 years since completing a one-year course. When Prime Minister John Key met the United States President yesterday in the Oval Office, he gave him a greenstone wahaika (a club used in hand-to-hand combat) carved by Hoglund from West Coast stone.

He crafted Obama’s wahaika, worth several thousand dollars, this year but learned only last week it was bound for such high places.

Hoglund sells most of his work through retail outlets and was not approached directly by the Prime Minister’s shoppers.

I was told that it may get selected for what John Key was going to be doing, but it was only a week ago it got confirmed. It hasn’t really sunk in yet.”

It will be the most prominent gift of Hoglund’s work but his carvings have already gone to some other well-known names. “One piece went last year to Kate Middleton. It was gifted to Prince William when he visited.”
– Sunday News