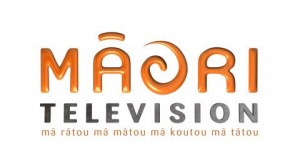 Top Maori sports people will be honoured at the 2011 MAORI SPORTS AWARDS, which will screen on Maori Television on Saturday, 10 December from 8.30pm.

The prestigious black tie ceremony is being held at the TelstraClear Pacific Events Centre in Manukau, and will be emceed by Maori Television sports presenters Te Arahi Maipi and Wairangi Koopu.

The Maori Sports Awards were established by the late Albie Pryor to foster, promote and encourage Maori sportspeople in the pursuit of excellence.

Executive director Dick Garratt says world international, national and regional champions are among the finalists who will represent 20 sports and 24 iwi. Maori Television is up for an award in the sports media category for its lead free-to-air coverage of Rugby World Cup 2011.

The broadcaster played all 48 games free-to-air, with 16 games live, including the final on both the Maori Television channel as well as its 100 per cent Maori language channel, Te Reo.

Check out Maori Television’s coverage of the 2011 MAORI SPORTS AWARDS, on 10 December at 8.30pm.