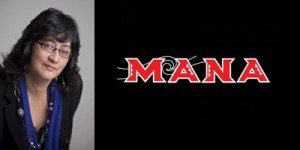 There are changes at the top of the Mana Party.

Annette Sykes has become the interim president, replacing the union man Matt McCarten, who has cancer.

At Whaiora Marae in Otara in south Auckland over the weekend, there was a unanimous decision to give the position to the Rotorua-based lawyer.

She says it wouldn’t be difficult for her to accept the role for the next two years.

Ms Sykes says feels very privileged to be the first Maori woman to be given the responsibility to be at the helm of a Maori political movement – and to be supported by people who attended the hui in Otara.

She says activist, John Minto, will continue in his role as vice president of the Mana Party.

Before the election, the movement had hoped to get up to four MPs into Parliament – including Annette Sykes.

But on election night the party only managed to return its leader, Hone Harawira.