Smoke was still thick in the air 5 hours after a large fire hit the Central Mall in Rotorua. The fire which is thought to have started at the back of Warehouse Stationary began at 6am and resulted in a 10 truck callout.

Police say that no one was hurt (that they know of).

Warehouse Stationary is completely destroyed, it is understood that no other shops were hit by the fire, although the back area of the Food Court (and the bathrooms) may have been destroyed.

The fire was mostly out by 10am however a flare up on the roof saw firefighters quickly set up ladders and their cherry picker to extinguish it.

The entire mall was cordoned off until 10.30am. Most of the shops are now opening with police tape being taken down. TangataWhenua.com was told the food court will not be open today as a result of the smell of smoke.

The picture below shows where the fire is thought to have started as this was the place the first fire alarm was triggered, the photo below shows the complete destruction of Warehouse Stationary. 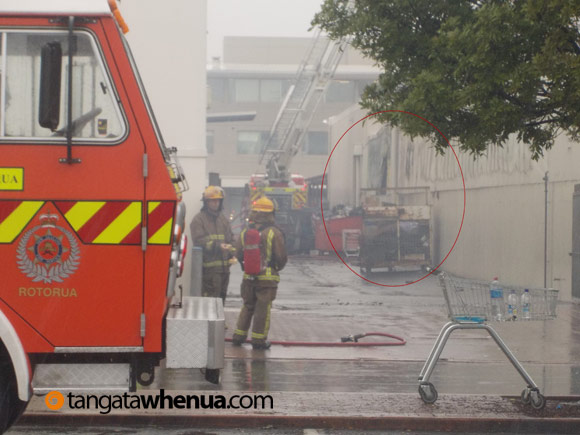 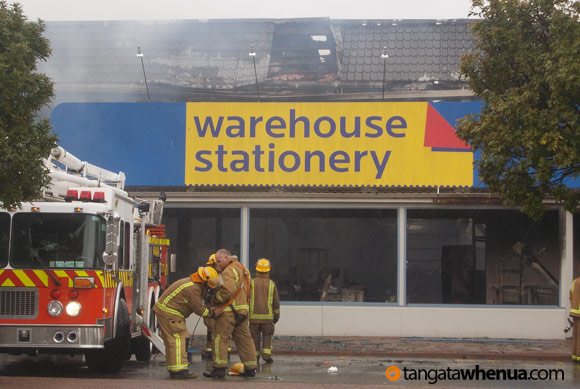 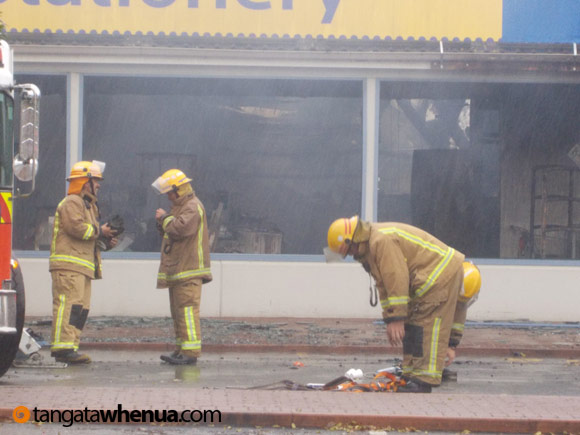 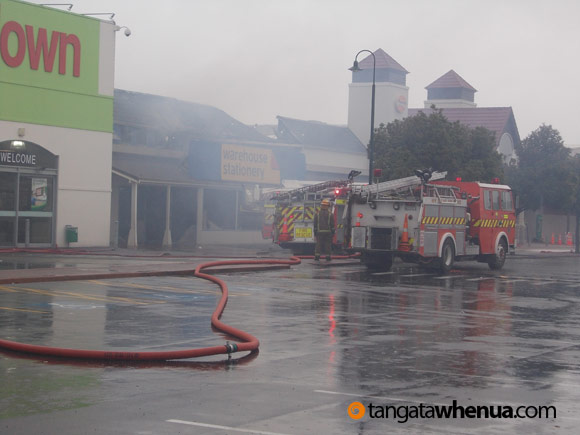