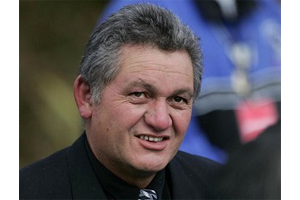 Discussions to replace the Maori King have ramped up after he announced he wanted to take over Tainui’s tribal parliament.

King Tuheitia, also the paramount chief of Waikato-Tainui, told a meeting at Horahora marae, near Rangiriri, on New Year’s Day he wanted to take control of the tribe’s parliament, Te Kauhanganui, and its executive, Te Arataura. He warned Tainui marae not to attend the next meeting of the tribal parliament, scheduled for February 26.

King Tuheitia also said he wanted to see the back of the Tainui executive’s controversial leader Tukoroirangi Morgan, and demanded a new Te Arataura.

But the king may not get his way: according to the tribe’s rules, members of the tribal parliament and its executive can be selected by a vote only.

Once the parliament is selected an election is held at which the newly appointed Te Kauhanganui members elect 10 from its group to form the executive committee, which has day-to-day control over the tribe’s resources. An 11th is selected by King Tuheitia to represent his interests.

A new tribal parliament was selected at the end of the year. However, members are yet to be inducted after it was decided by the current executive to postpone it. The election to select a new executive should have been held next month but it was postponed until March.

It is not the first time King Tuheitia has waded into the tribe’s politics. Last year he drew criticism when he stood at a meeting in 2010 and swore at several members of the tribe including Tainui kaumatua Charles “Bunny” Tumai.

Mr Tumai, who was recently elected as one of the Horahora marae representatives on the tribal parliament, said he was disappointed King Tuheitia continued to act in a way that was beneath his station.