for the first time outside of Aotearoa, New Zealand, is designed to bear witness to the strength and vibrancy of Maori culture. The exhibit, Maori, their treasures have souls, features 250 works from Te Papa Tongarewa’s collection.

The museum, Musee du quay Branly describes the exhibit as aĀtestimony toĀa strong and living culture. It affirms aĀpeopleÆs will to master their own futureĀbyĀemphasising tino rangatiratanga: Maori self-determinationĀand control over things Maori.

The exhibition presents Maori culture as seenĀby Maori, free from Western views and biases.ĀThe heart of the exhibition features art thatĀaddresses the political, spiritual, and aestheticĀdevelopments that have shaped Maori culture.

The exhibit was accompanied by a Paris-based Taiwanese puppet show troupe who staged a performance at the museum to tell the story of Maori and New Zealand’s birth.

The performance, staged by, “Theatre du Petit Miroir” (Theatre of the Small Mirror) led by French puppeteer Jean-Luc Penso, featured shadows, puppets and percussion music in a story telling how the Maori migrated to New Zealand over 1,000 years ago. 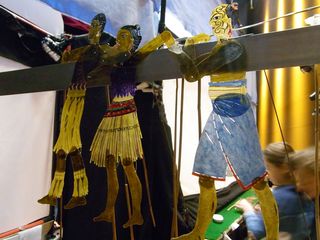 The show reflects the stories of distant ancestors of Taiwan’s aboriginal peoples — within the broader Austronesian linguistic group — who are also believed to have island-hopped from Taiwan to New Zealand or the other way around over a period lasting several thousand years.

The show, on the sidelines of the exhibit, was staged twice every day until Dec. 30.

Penso studied puppetry in Taipei with the late Master Li Tien-lu, one of the greatest puppeteers in Taiwan. After he founded the (the Theatre of the Small Mirror) in 1978, Penso also learned the techniques of shadow puppets in Taiwan. His troupe has since performed around the world in a wide variety of languages.

His Taiwanese wife, Liao Lin-ni, composed the music for the show. Taiwanese musician Yang Yi-ping played percussion, which echoed the ancestral voyages by waka by those looking for a new home.

Maori, their treasures have souls, is only open for a short time and ends on 22 January 2012. 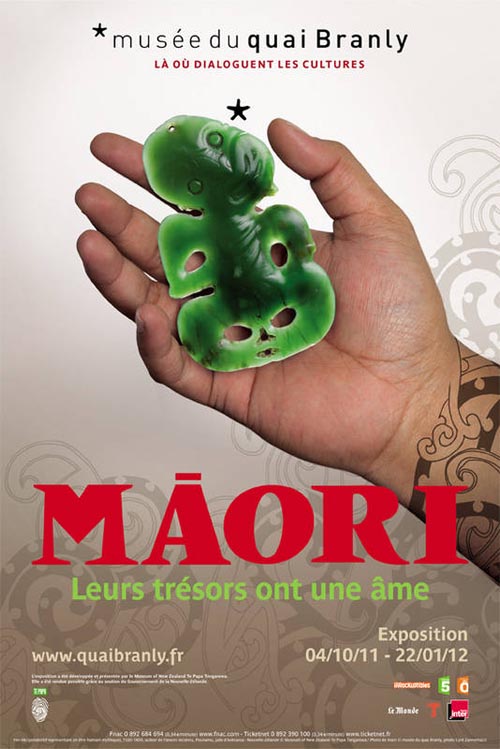