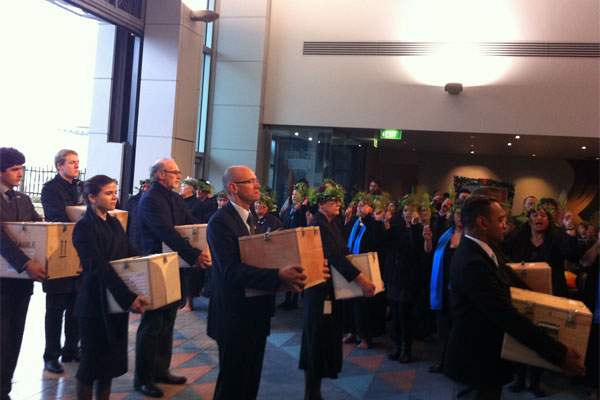 The subject has arisen due to a request by Tainui iwi during a powhiri at Te Papa on Friday for 20 toi moko repatriated from France.

An elder of Tainui, which is the museum’s iwi in residence, asked that the lids of the boxes be opened.

Because of concerns by Te Papa staff and members of the Karanga Aotearoa Repatriation team, it didn’t happen

Te Papa’s kaihautu Michelle Hippolite says they will look at whether toi moko coming home in the future may be displayed.

Museum board chairman Sir Wira Gardiner says the repatriation could breakdown barriers for people such as indigenous Australians and Egyptians, who want their artefacts returned.

The return of the toi moko or Maori preserved heads from France was made possible in 2010 when the French Parliament approved a new law which allowed the removal of the heads from permanent collections in museums all over France.

He says the repatriation sets an example for other countries.