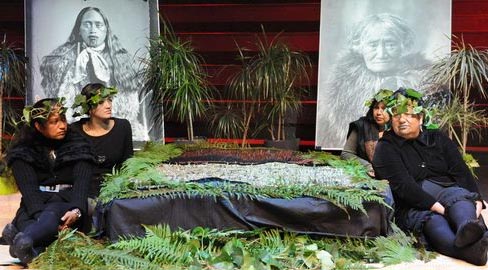 Waiata were already being sung when several hundred people gathered for the ceremony were told the plane carrying the Toi Moko (tattooed heads) had been forced to return to Auckland, because of winds gusting up to 130 kilometres an hour.

The 20 Toi Moko have been accompanied from France by kaumatua.

It has been confirmed on Radio New Zealand that the powhiri will take place tomorrow (unless the weather is bad again).