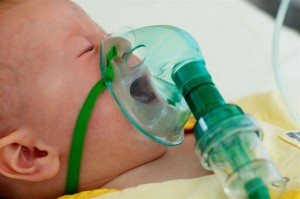 Whooping cough cases in Gisborne have doubled over the past month.

“The total number of cases over the past couple of months has risen to 30,” Tairawhiti District Health medical officer of health Geoffrey Cramp said.

Dr Cramp said that while adults often caught whooping cough, babies under the age of 1 were more severely affected because they had smaller airways.

This could lead to hospitalisation and, in some cases, pneumonia, brain damage and even death.

Also known as pertussis, whooping cough usually lasts longer than two weeks. Bouts of coughing can be so severe that the sufferer ends up vomiting. It can cause young babies to stop breathing for a short time.

The illness is caused by bacteria spread by coughing and sneezing, and is diagnosed by a swab taken from the secretions from the nose.

“It is important to go to your GP if you develop a continuous cough or vomiting after coughing.”

Babies who are unwell with a cough should be seen by a doctor. Once diagnosed it is possible to treat with an antibiotic called erythromycin.

Immunisation is given to babies at six weeks, three months and five months. Boosters are given at four years and then again at 11 years.

“If the cough is due to whooping cough, they are still infectious until they have had five days of a 14-day course of antibiotics,” Dr Cramp said.

“One of the problems with whooping cough is that people gradually lose their immunity to the disease. That is why adults as well as children can get it,” he said.

Women in the later stages of pregnancy exposed to a diagnosed case of whooping cough should also get antibiotics because there is a risk to the unborn baby.