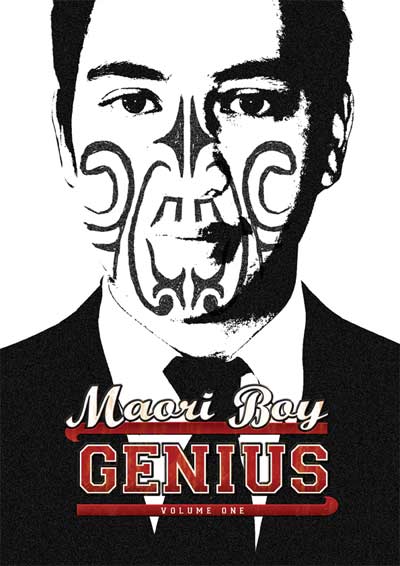 What if some shrewd filmmaker had recognized Barack Obama’s boyhood promise and documented the birth of his political consciousness as a teen? In “Maori Boy Genius,” documaker Pietra Brettkelly (“The Art Star and the Sudanese Twins”) may well be profiling New Zealand’s future prime minister. Despite the hyperbolic title, subtitled “Volume One,” the low-key pic is an inspiring look at the education and training of charismatic, articulate 16-year-old Ngaa Rauuira Pumanawawhiti, pegged since birth as a future leader. A smart choice for broadcasters and fests, “Genius” should have a healthy shelf life in educational ancillary.

Bilingual in Maori and English, and standing at an impressive 6’5″, handsome, spiritual Pumanawawhiti exudes confidence and ability. The oldest of six siblings(including one born during the course of the film), he was raised from the age of 8 by his grandparents, per Maori custom, and is well versed in his people’s ancient traditions and beliefs. He even received a degree in Maori studies from the local university at the age of 13.

It’s easy to see why the hopes of his family, community and Tahoe tribe rest on Pumanawawhiti’s sturdy shoulders: He represents a success story that defies the statistically alarming number of indigenous people who are uneducated, wind up in prison or commit suicide.

Occasionally, these expectations weigh heavily on Pumanawawhiti and challenge his equanimity, as we see when helmer Brettkelly follows him to a summer session at Yale. Enrolled in four intensive political-science seminars, he feels an intellectual struggle for the first time. Moreover, while the other students enjoy the non-academic aspects of college life, Pumanawawhiti, as a minor, is chaperoned by his father, Adrian Davis, who even accompanies him to class.

Although the majority of the family’s modest resources go to support Pumanawawhiti, Brettkelly doesn’t show any sibling resentment. Indeed, the boy’s mother, Maakarita Paku, claims they all understand that his success benefits the entire family and tribe.

Brettkelly spices up the visuals with breathtaking shots of the Maori’s sacred ocean, forests and totems as well as scenes of Pumanawawhiti and friends performing the traditional war dance. She hopes to follow her subject over several decades, creating a series comparable to Michael Apted’s “7 Up” or Gillian Armstrong’s time-lapse portraits of working-class Adelaide women.

Recognized and respected through out the world of show business, Variety is the premier source of entertainment news. Since 1905, the most influential leaders in the industry have turned to Variety for timely, credible and straight forward news and analysis – information vital to their professions.