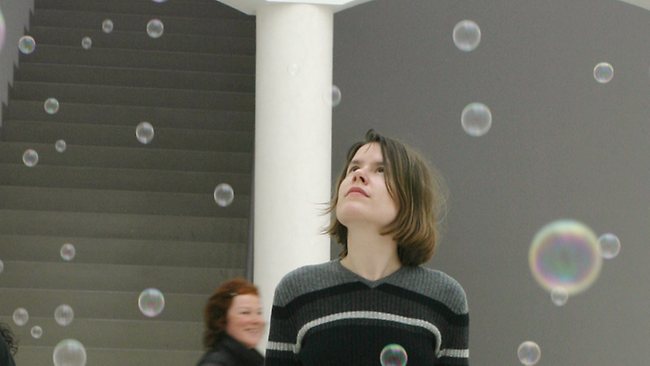 (Stuff.co.nz) An art installation which would have filled an art museum with bubbles containing morgue water has been cancelled because of iwi concer

The artwork, entitled ‘So it vanishes’ by Mexican artist Teresa Margolles, was to go on display at Lower Hutt’s Dowse art museum from Saturday as part of the New Zealand Arts Festival.

A series of machines were to fill part of the gallery space with bubbles containing trace elements of water from a Mexican morgue.

As the artwork confronted issues of death and memory, there were concerns about it being displayed alongside the sacred pataka (Maori store house), Nuku Tewhatewha, which was carved in the 1850s as a sign of support for Kingitanga (the Maori King Movement).

The pataka is the only surviving one of seven built around the North Island. It was gifted to Hutt City in the 1970s to be cared for at the Dowse as part of its collection.

The Port Nicholson Block Settlement Trust, which acts as a local iwi authority, was in direct conversation with the Dowse to prevent the exhibition going ahead.

Natural Resources Adviser Liz Mellish said she was delighted that the trust’s advice had been taken on board. She said the trust would have been unhappy at the use of the exhibition in any gallery but the situation was made worse by the fact that the sacred pataka was housed there.

From our perspective it is inviting death in the door, more or less. In using fluids from people who have died and blowing them on to the bodies of living people is culturally unsafe.”

She said if the exhibition had gone ahead, the pataka would have had to have been closed to the public to prevent cultural contamination.

The Dowse director Cam McCracken said he made the decision to cancel the installation on Monday out of respect for the sacred pataka.

”We have had some really positive conversations subsequently and we have always had a really strong partnership. I don’t see that changing.”

He said the artist’s reaction had been one of sympathy, empathy and understanding and that moving the pataka in order to display the bubble art was never an option as it was ”really the heart of the Dowse”.