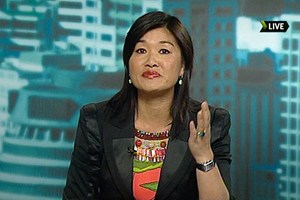 Whether the Government decides to remove section 9 of the State Owned Enterprises Act when establishing four new mixed-ownership companies matters because it directly taps into the much bigger debate around Maori constitutional aspirations for the Treaty of Waitangi and the status of Treaty principles.

Many Maori want the Treaty’s constitutional status to be changed so it applies to everything the Crown does, whether the Treaty is directly incorporated into statute by Parliament or not.

At present, the Treaty is not directly enforceable in New Zealand courts unless incorporated into domestic law.

In the absence of a “Treaty clause” incorporating Treaty principles into legislation, Maori must rely on the presumption that judges will interpret statutes consistently with Treaty principles, where possible, or on customary rights (the existence of which is difficult to prove: think foreshore and seabed). So not including a section 9 clause in legislation establishing the four new mixed-ownership entities will be viewed by most Maori as a backwards step.

In many ways, the rise of the Treaty and of iwi in modern New Zealand can be traced back to section 9. There is an important history of Treaty-rights litigation brought under section 9 of the SOE Act, which has put the Treaty of Waitangi centre stage:

Section 9 also began an incremental but significant constitutional change in New Zealand because successive governments enacted legislation which requires public decision-makers to consider or give effect to the “principles” of the Treaty of Waitangi.

The problem for the Crown is that it wants to maximise the value of the sale of the minority stake in the SOEs earmarked for sale, and it must act in the best interest of the company to do so.

Its Treaty obligations may be contrary to that.

Certainly, the Air New Zealand model being applied, as set out in the Speech from the Throne, has no Treaty clause, and although the company has been subject to financial review by Parliament’s select committees, the Government has been largely hands-off.

But Waitangi Day is coming, and the Constitutional Review, negotiated as part of the Maori Party’s 2008 confidence and supply agreement with National, will embark this year on consulting with the public on constitutional issues including the role of the Treaty of Waitangi in New Zealand’s constitutional arrangements.

Thus, the consultation the Government is now starting with iwi and hapu about the movement to mixed ownership could impact on the constitutional status of the Treaty.

The consultation could result in calls from Maori for a general Treaty clause applying to all branches of government (this could be written into the Bill of Rights Act or the Constitution Act 1986, for example).

This would require public decision-makers, and judges, to promote and protect the Treaty and give it meaning where possible, subject only to clear legislation to the contrary, irrespective of the existence of specific clauses like section 9.

Such a move would herald a new development in the Maori/Crown relationship, but we will know how far the Crown is prepared to go only when the mixed ownership model legislation is introduced.

1 thought on “Section 9: Why it matters for asset sales | a non-Maori law perspective | Mai Chen”

Leave a Reply to Te Moana a Toi Cancel reply