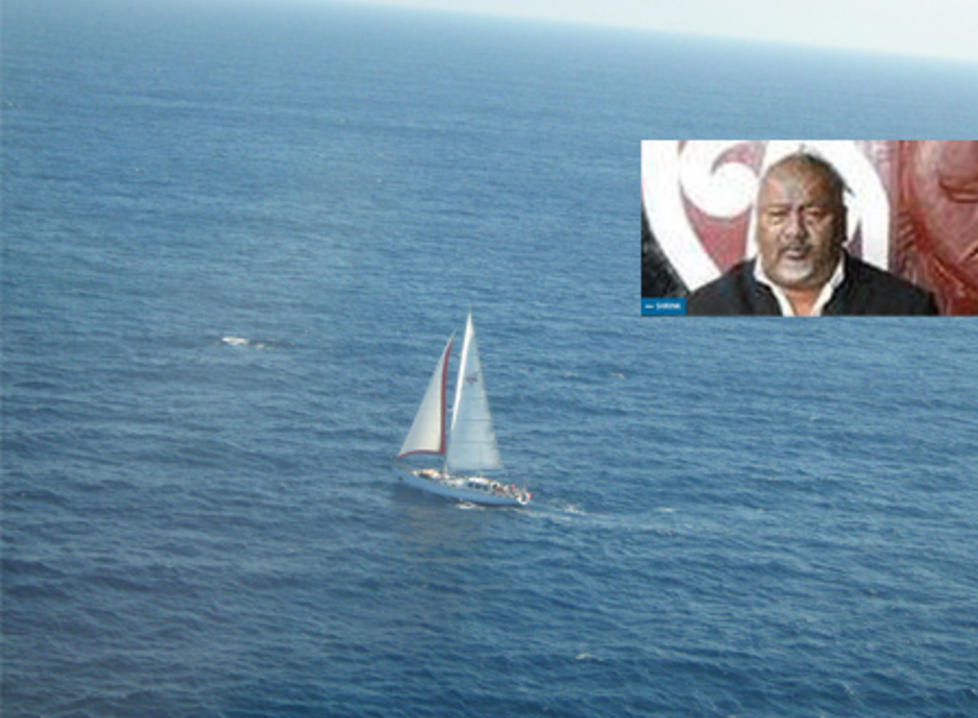 The so-called accidental stowaway on a Norwegian sailor’s expedition to Antarctica is said to be a Maori political activist who has planted a Mana Party flag in the polar ice.

Adventurer Jarle Andhoy abruptly sailed his boat Nilaya out of Auckland last month, after Immigration NZ served him with a deportation notice.

Aboard was an unnamed New Zealander who was said to have been working below decks repairing the anchor when the boat departed.

But the Herald on Sunday has been told the New Zealander joined the boat trip deliberately.

He is 53-year-old South Aucklander Busby Noble, an acquaintance of one of the three men who died on Andhoy’s last Antarctic expedition.

Mana Party candidate Kereana Pene said he spoke to Noble by satellite phone this week, after the Nilaya reached Antarctica.

Noble had marked his arrival on the continent by planting a Mana Party flag he had taken with him.

Pene said Busby paid homage to them with a karakia when Nilaya reached Antarctica.

Of course Busby did his ceremony of duty and planted his Mana flag on the ice,” Pene said. “He did a Maori prayer and put his flag there. I don’t think he thought he’d ever make it there.”

Mana Party leader Hone Harawira was delighted with the flag-planting, Pene said. Harawira had joked that none of his rivals in the Maori Party would plant a flag on Antarctica.

On Friday afternoon, Andhoy phoned the Herald on Sunday from Antarctic waters. He would say only that everyone on board was safe.

Norwegian Samuel Massie, 19, a Russian and an Argentinian were also on board. Massie was a veteran of the Berserk, the boat that sank in McMurdo Sound after vanishing on February 22 last year.

Busby’s uncle, Dan Noble, was not surprised his nephew was on board. He called Busby an “adventurous” type. One of Busby’s nieces described him as a Rastafarian who had been boating before.

Pene said Noble befriended Andhoy last year. “He knew [Andhoy] from the accident. They became quite close. They’d been planning to make a journey back there.”

One Viaduct Harbour employee who met Andhoy last month said the Norwegian was a “loony”.

Andhoy’s feats included sailing round the notorious Cape Horn single-handedly at age 19 and embarking on an Arctic voyage in 2002, for which he was fined after failing to take out maritime insurance.

But some celebrities in Norway, such as author Rikard Spets, voiced support for Andhoy.

“All the great heroes of ours – Nansen, Amundsen and Heyerdahl – did daring things and broke with social norms. They didn’t wait for clearance from the bureaucracy, they acted,” Spets told Vestfold Blad newspaper.

A navy spokeswoman said the navy would only pursue Andhoy if asked to do so by the National Maritime Co-ordination Centre or the Ministry of Foreign Affairs.

There were no Royal NZ Navy ships in the Southern Ocean.