The internet was buzzing with whanau connecting up to see which teams in Te Arawa would make the grade and win a prestigious spot in the upcoming National Kapa Haka competition – Te Matatini which is set to be held in Rotorua in 2013.

The winners were announced on Saturday at prize giving with the results being quickly passed via text, Facebook, phone and email. No doubt those who got through were joyous beyond belief. To have spent so much time and energy focussed on one single thing, takes effort and commitment. And we know from experience that there were haka widows littered around the rohe, but we also know all involved understand the sacrifices and (most) go in knowing that the road is long and hard but in the end worth every bit of blood, sweat and tears.

So it was interesting to watch as social networking sites such as Twitter and Facebook began buzzing about the fact that there might have been an error in the scores, we only found out later today that what happened was that Ngati Rangiwewehi had contested the results and had asked the committee to revisit their scores. The committee considered the request and in the end decided that the original scores would stand and that Ngati Rangiwewehi would not make it to Nationals, no doubt causing both relief for some and devastation for others, all at the same time.

TangataWhenua.com was caught inadvertently right in the middle of it when we incorrectly announced that there was an error in the scores and that Manaia had lost their place to Ngati Rangiwewehi and believe us, we heard about it (phone calls in the middle of the night and our Facebook PM going crazy with people pulling us on our article (which btw was quickly taken down)!

So while we have apologised to all involved (and continue to get growlings, he aha!) we also believe the time has come that those who organise these events, take into consideration how important their communication strategies are for ensuring the right information gets out to whanau, hapu, iwi and marae.

Kapa Haka is a way of life for many whanau and the results and scoring should be open and transparent to all involved (TW.com is even being asked for the aggregate scores!!). These types of mistakes will continue to happen until our Kapa Haka regional organising committees take seriously these issues and ensure that there are plans in place for the timely and correct dissemination of this incredibly important information.

No reira, kia ora to all roopu who performed on the day, you have done us so very very proud and are truly the living face of our tupuna. Mauriora!

Kia ora to the Rotorua Daily Post for these photos. 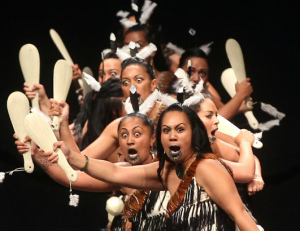