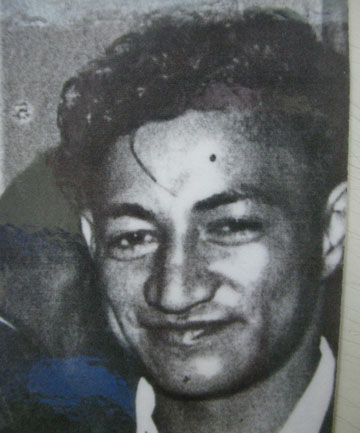 TangataWhenua.com was saddened to learn that a second pensioner lay dead in a Wellington council flat for at least eight months – and was found the same year as fellow tenant Michael Clarke died.

(Dominion Post) An investigation by The Dominion Post has revealed that Wiremu Whakaue died in his one-bedroom flat in Adelaide Rd in 2009, but his body was not discovered until March 2010.

Details of his death are revealed in Wellington City Council documents released to the newspaper. Just how many months he lay dead is now being investigated by the coroner.

Electricity supplier Genesis Energy confirmed yesterday that Whakaue’s power was cut off in August 2009. The Social Development Ministry, which paid Whakaue’s pension, was not advised of his death until March the following year.

The death of Clarke, whose body lay in his flat for more than a year before it was discovered, caused an outcry over the duty of care provided by the city council to its tenants.

But the council kept quiet about Whakaue’s death in similar circumstances.

Whakaue, 68, had lived for many years in flat 45 on the third floor of the dilapidated council-owned Granville Flats. Originally from Rotorua, he moved to Wellington in his 20s, family said.

Niece Susan Whakaue, of Marton, said he had been a good man.

He was a friend to everybody.” She last spoke to him about three years ago. He had been living alone, with only the occasional visitor.

The body of Clarke, 86, was found last year in his bedsit at the Newtown Park Flats. Council staff and police found old newspapers and out-of-date food, suggesting that he could have died as long ago as June 2010.

The deaths of both men are now being investigated by Wellington coroner Ian Smith. An inquest will be held on the same day in March.

Tenant Dean Stewart now lives in Whakaue’s old flat. He said he was not surprised that Whakaue’s death had gone unnoticed. “Some people have more family than they know what to do with, others have no-one.”

Nearby resident Afa Afa said people in the flats were not particularly social. “If someone died next door, I wouldn’t know. It’s a shame when people can die with no-one knowing … But I guess that’s the way with these older fellas, they like to be left alone.”

The council declined to comment on when and how it finally learned of Whakaue’s death. A spokesman said officers would have their say when they gave evidence at the inquest.

If attempts to contact a customer were unsuccessful, a contractor would visit the property.

“Our contractors … knock on the door of the property before they commence with disconnection. If there is no response, the disconnection will go ahead.”

Wellington City Council was given a stark warning 16 years ago about the perils of not checking on elderly tenants in its flats.

The death of an elderly man in the Newtown Park flats in 1997, whose body was not recovered for several weeks, prompted Wellington coroner Erika Kremic at the time to say: “It would not take much effort or imagination to put in place a system by which regular checks were made on people known to be living alone.”

In 1999, Wellington police called on the council to check regularly on tenants after several cases in which the bodies of elderly people were not discovered for some time.

After the discovery of Clarke’s body last year, Kremic was disappointed the council appeared not to have taken heed of her recommendations.