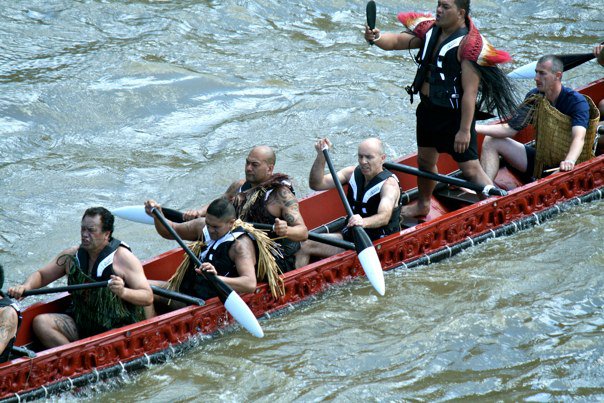 A traditional waka has been disallowed from taking part in the Queen’s Diamond Jubilee river pageant for fear it may capsize or lose control in strong currents, news outlets are reporting in London.

The waka, made by carving out a native tree, was to be used to represent New Zealand in the June 3 pageant, which will see more than 1000 craft traverse the River Thames, watched by a global crowd estimated to be in the millions.

With regard to the Maori vessel, the limitations of the tidal river environment, the higher risk of capsize or foundering and, therefore, the scale of the safety resources that would be needed to rescue the considerable crew of this vessel in the event of an emergency, meant that she was not selected,” a pageant spokeswoman told British newspaper The Sunday Times.

Chris Reynolds, a member of the Ngati Ranana (London Maori Roopu) who was part of a crew that paddled the waka on the Thames in 2011, said:

It is a real shame that it hasn’t been accepted and I’m really not sure why it has been turned down.

“The Thames can be choppy but it was fine last year. Dragon boats take their design from the waka and they will be allowed in the pageant, so it doesn’t make any sense to me.”

Pageant organisers hope each Commonwealth nation will be represented in the pageant, with Australia due to contribute surf lifesaving boats.

Despite the exclusion of the waka, New Zealand will still be represented in the pageant by a whaler boat and clinker vessel, along with a flag-carrying craft, said organisers.