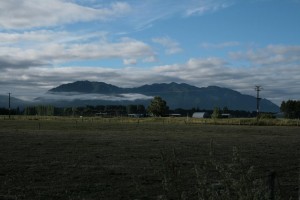 Waiariki MP Te Ururoa Flavell has asked the Government to ensure a sacred Bay of Plenty mountain does not become part of a Tuhoe treaty settlement.

The Ngati Manawa Claims Settlement passed its third reading in parliament on Thursday.

As part of the bill, Mount Tawhiuau will be returned to the tribe, but after a short time it will be transferred to the Crown and gifted to the people of New Zealand.

Maori Party MP Te Ururoa Flavell says Ngai Tuhoe is currently in negotiations with the Government to have the Urewera National Park returned.

Mr Flavell asked Treaty Negotiations Minister Chris Finlayson to keep Tawhiuau out of the Tuhoe settlement because the sacred mountain is within the Urewera National Park.

In Parliament, Mr Finlayson appeared to take note of the appeal – nodding and taking notes.