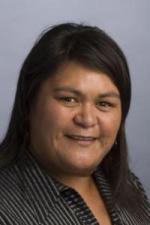 Waikato-Hauraki MP Nanaia Mahuta says the return of historical sites to Maori is only a drop in the ocean – something she says New Zealanders need to realise.

Under the legislation, Ngati Manawa gets control over sites of significance and $2.6 million to help the iwi undertake projects of cultural revitalisation.

For Ngati Whare the legislation also sets out a package for cultural redress and includes a $1 million payment to help manage the regeneration of 609 hectares of Whirinaki Crown forest land, which is gifted to the iwi.

Ms Mahuta says the amount of whenua gifted back to iwi is small, but it is an important start to reconciling historical Treaty grievances.

She says many people are misled into thinking a lot has been given back to Maori, when in reality it doesn’t equate to much.

Ms Mahuta says Maori continue to make the greatest contribution to New Zealand in the way they enter into the Treaty Settlement process.

She says co-governance arrangements between Crown and iwi ensure the protection of conservation values, the public is guaranteed continued access to these sites, and those areas retain their reservation status.