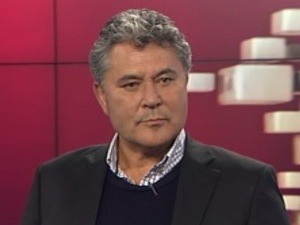 A Maori health provider says the Government has a hidden agenda in pulling funding for its programme.

The Waipareira Trust, part of the Family Start programme that provides support for young families, is one of five health providers being pulled by the Government after a 2009 report showed they were falling short of the criteria laid out in their multi-million dollar contracts.

The trust admits it had been under performing last year, but said it has tightened its actions and in recent months has “more than performed”.

Trust chairman John Tamihere told TV ONE’s Close Up if the move had been made last year he would have accepted it, but now he thinks the Government is trying to destablise the Whanau Ora programme.

“We have revamped everything…it is now performing in the top half of all providers.”

Head of Family and Community Services Murray Eldridge said the Government measures the provider performance on a number of key indicators, including how many families the providers work with and how well they deliver the parenting component of the programme. He said these were not being met.

“The outcomes that they deliver for that programme are not good enough, and children are not safe,” said Eldridge. “Families are not getting the service they most deserve.”

Social Development Minister Paula Bennett said in Parliament today her ministry had gone to great lengths to help the trust get back on track, but families were receiving “substandard” services from the providers.

“They have had something like 14 visits from the department on this very programme since July last year.”

The contract is set to be cancelled in three months, and the work will then be re-tendered out for other organisations to pick up.