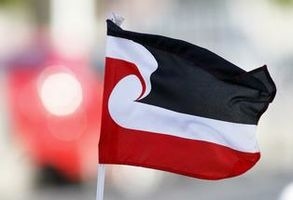 (Northern Advocate) Numbers on the “Aotearoa is not for sale” hikoi swelled to as many as 200 and caused traffic delays between Moerewa and Kawakawa yesterday.

The hikoi, which opposes state asset sales and started at Cape Reinga on Tuesday, stopped outside the Affco freezing works in Moerewa, where speakers called for an end to the eight-week-long lockout, then continued on State Highway 1 to Kawakawa. A core group of about 20 were due to spend the night at Otangarei Marae in Whangarei.

They plan to march in Auckland on Saturday and hope to reach Wellington on May 3.