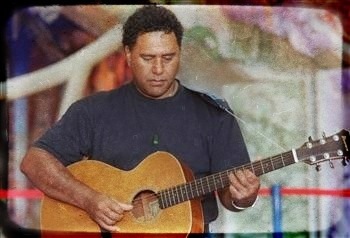 A new album of music reworking the Maori language masterpieces of the late Dr Hirini Sidney Melbourne is the forerunner to a unique multimedia resource.

‘He Rangi Paihuarere’ comprises collaborative interpretations – by established and emerging Maori musicians – of melodies composed by the renowned songwriter, music educator and author.

The CD is part of a larger project based on this philosophy, with experienced musicians working alongside up-and-coming rangatahi (youth) talent.

The educational resource will include a DVD documentary and booklet tracking the entire recording process, allowing artists to share their knowledge and skills.

It will be launched by record label, Black Media, in time for the Maori New Year, Matariki, in June.

“His songs are multi-layered,” the pair explains. “On one level, they are catchy tunes to seemingly simple Maori words and rhythms.

“Yet the songs, in fact, reflect a deep knowledge and profound understanding of Maori language and music and its association with the unique environment in which it was fostered, Aotearoa-New Zealand.

“This project supports and encourages all artists to incorporate te reo Maori (Maori language) into their work to the highest international recording standards.”

‘He Rangi Paihuarere’ revives Dr Melbourne’s melodies in a range of genre – from classical opera to electronic dub, from acoustic soul to rap – with well-known artists such as Te Awanui Reeder (Nesian Mystik) and Warren Maxwell (ex-Trinity Roots) included in the line-up.

“We wanted to be able to cross over on mainstream radio and we wanted to try and make a hit the way we would a Nesian track,” says Reeder.

Maxwell says he loves the ‘Beatle-esque’ nature of the song he chose, reminiscent of ‘Elenor Rigby’ or Simon and Garfunkel’s ‘Scarborough Fair’.

“I love the musical contrast of a melancholy song infused with poi rhythms giving it drive. The k?rero of the lyrics asking our t?puna to awhi each generation, I believe, is so important to acknowledge in this politically correct digital era.”

Jamie Greenslade, aka Maitreya, says he and Jason Kerrison changed their tune to reflect the times, both musically and with regard to the journey of te reo Maori.

“We did it with an electronic vibe – because that’s the music we love – and with vocal effects which shoot te reo into the future. We also sampled the original vocals which were recorded by Hirini and a group of children at his marae in Ru?toki.”

Musician Anna Coddington says she wanted to keep her song of choice simple to showcase the beauty of the lyrics and melody.

“I think a lot of Hirini Melbourne’s songs are like that – the lyrics and melody alone are enough. To me, that’s the hallmark of a good song.”

Peata Melbourne and Ngatapa Black say the completed project will be for all New Zealanders to enjoy.

“I worked closely with my uncle and was with him when he set up the Maori music showcase, ‘Pao! Pao! Pao!'” says Peata Melbourne.

“His aim was always to encourage young and emerging Maori artists in all fields, particularly in music as that was his passion – so this is the perfect vehicle to use his waiata (songs).”

‘He Rangi Paihuarere’ is funded by Te Waka Toi, the Maori arts board of Creative New Zealand. It is distributed by Ode Records and available in stores and online at www.oderecords.co.nz 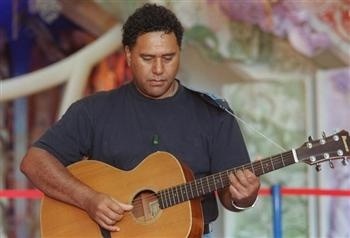