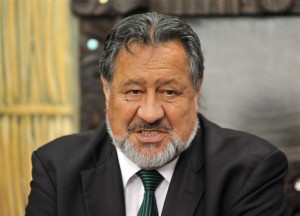 Tamaki Makaurau MP and Maori Party Co-leader, Dr Pita Sharples has taken up the call from his constituents, to investigate funding cuts which are impacting on providers across the Auckland region.

“I have been contacted by Turuki Health Care to advise that their Family Start contract in Mangere was being terminated, and this would have a huge impact on “serving a community with high and complex needs, who are in the main Maori and Pacific whanau”, said Dr Sharples.

“They were devastated, and believe that the funding decisions will seriously compromise their capacity to continue to support whanau through the Kotahitanga Whanau Ora collective.

“I have also been advised that Papakura Marae may be in the same situation (they are also part of the Kotahitanga Whanau Ora Collective) and Te Whanau o Waipareira Trust (Waitakere) as well.

“The cuts will have a major effect on the ability of these providers to achieve the transformation we expect to see in Whanau Ora,” he said.

Whanau Ora operates from the premise of better coordinating and integrating services and programmes to meet the needs of the whanau in their coverage. If services disappear, the capacity for positive change to occur is clearly undermined.

“Whanau Ora is also based on the idea of government and non-government agencies working together to support whanau-led initiatives to take care of their own. These decisions call into question the ability of the government to work in a constructive partnership with service providers for the good of whanau,” said Dr Sharples.

“The Maori Party’s Relationship Accord with National clearly signalled that our priority is the wellbeing of the most vulnerable members of society, and we will do everything we can to fight for that.

“Our people are keen to take every opportunity to regain control of their lives, and they are entitled to expect the Crown to act with the utmost good faith in their dealings with their Treaty partners,” said Dr Sharples.