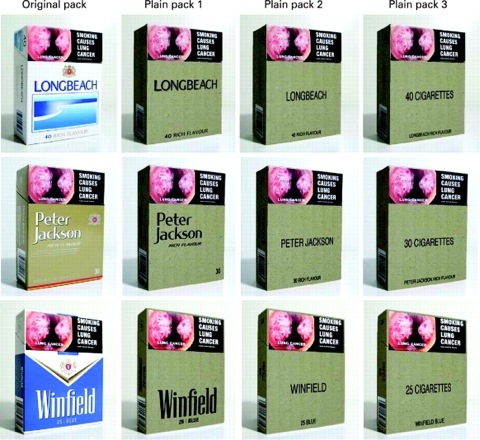 The government is to forge ahead with a ban on branded cigarette packets.

Cabinet has agreed ”in principle” to introduce a plain packaging regime alongside Australia – but only after public consultation.

Associate Minister of Health Tariana Turia announced the move this evening, calling it ”a significant to our goal of making New Zealand smokefree by 2025.”

The open display of cigarette and tobacco packs in all dairies and other shops is banned from July 23 July this year.

”Plain packaging is the next step to ensure that once they are in the hands and homes of smokers, the packs don’t promote anything other than our serious health warnings and quit messages,” Turia said.

But the Australian government is currently embroiled in a legal wrangle with the world’s major tobacco companies.

Last year, in a world first Australia passed tough legislation requiring all tobacco to be sold in unbranded packets with graphic health warnings.

The court case, led by British American Tobacco, got under way at the High Court in Canberra this week, and the tobacco giants see it as a test case.

They believe the ban on their brands, logos and trademarks infringes intellectual property rights, will dramatically slash profits and flood the market with fake products.

Removing the trademarks without compensation is also unconstitutional, their lawyers argue.

British and Canadian governments look set to follow suit with a ban.

The move is likely to have an impact on the various free trade deals New Zealand is trying to sew up.

In a recent trip to South Korea, Key made a big push to get a stalled FTA back on track.

But talks between Canberra and Seoul on a similar deal have hit the buffers over the packaging row.

Turia said she is confident of bringing in a regime that will meet international commitments, including a major global treaty on tobacco control.

“The public consultation process is a transparent way of reviewing the evidence and testing the case for plain packaging, and giving the public, the health sector and business interests a chance to have their say.”

The consultation process will get underway later this year and once it is wrapped up a final decision will be made by cabinet.