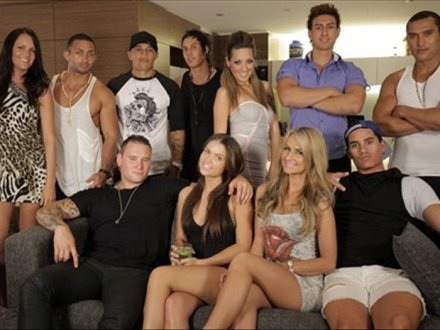 (Radio Australia) Called “The GC”, its focus on Maori living a flashy lifestyle has prompted comparisons to America’s “Jersey Shore”, and complaints about such a show being publicly funded.

The GC’s first episode was screened last week, and prompted howls of outrage across the Tasman.

The sight of young, bronzed tattooed Maori trying to make it big in Australia, with plenty of photogenic sun, sand and surf was seen as a cause for embarassment in New Zealand.

The show’s creator, Bailey Mackey, has appealed for people to keep watching, and not to judge the whole series on just one episode.

“I’d like the series to be seen in context,” he said.

“That was episode one, right, and yes it was on the eye-candy side of things and ultimately things unfold and there’s a whole lot of important questions about how Maori choose to define ourselves in 2012 come out in the next few episodes.”

Mr Mackey says one of the strengths of the show is the diversity it shows.

“We’ve all got relations on the Gold Coast or in Australia, so we’re a diverse people, we’re a global people. This isn’t at the hardcore political end…this is at the entertainment end.”

The controversy surrounding the GC, it’s portrayal of Maori life in Australia and it’s being made with public funds from New Zealand On Air, which supports locally made television, has even reached the top.

Prime Minister John Key has told local radio he hasn’t seen the show, but is aware of the controversy surrounding it.

“They make their decisions completely independently – our job is to appoint the board, and their job is to make the funding calls,” he said.

“I don’t if it’s a good show or not…[but] if the test is whether people watch something, they’ve probably done their job, haven’t they?”

Christel Broederlow, who runs the Maori In Oz website for Australian Maori, says the general reaction from people she’s spoken to on this side of the Tasman has been pretty positive.

“What everybody that I’ve spoken to, have said they think it’s a great show where the young people actually have aspirations and goals and are going out to pursue it,” she said.

“The stronger negatives are coming more from New Zealand Maori that are based there, rather than here in Australia. I can only put it down to one thing, really, and I call it jealousy.”