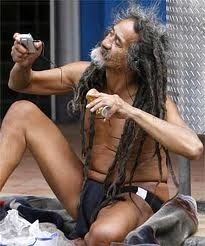 Blanket Man will be immortalised in a Wellington play premiering at the Edinburgh Fringe Festival.

Trick of the Light Theatre have produced The Road That Wasn’t There, a play looking at folktales and inspired by homeless man Ben ‘Blanket Man’ Hana, who died in January.

Wellington playwright Ralph McCubbin Howell, now based in the United Kingdom, said he wanted to write something about his home while taking inspiration from folktales.

”Who better to draw on than a man who became a legend within his own lifetime?”

The play, aimed at children, combines puppets, live music and acting into a twisted fairytale about a girl who follows a paper road on a map, and finds herself in a paper world.

A puppet called the Blanket Man features as a character who shows her the way.

Director Hannah Smith said ”we avert our eyes from people living at the fringes of society, but they see things that most of us won’t”.

The fictional world of the play was inspired by a variety of different sources, McCubbin Howell said.

”I’ve played pretty fast and loose with the facts. Our story is set in depression-era Central Otago so the character of Blanket Man owes more to the myth than the man, but it’s a celebration of a Wellington icon.”

The Road That Wasn’t There will be performed during Edinburgh Fringe Festival in August.