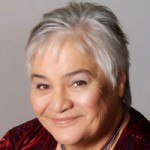 The Maori Party is inviting all New Zealanders to recognise Matariki and Puanga as a unique and distinctive part of our national identity.

Three years ago in June 2009, we established a private member’s bill Te Ra o Matariki Bill/Matariki Day Bill which would have formalised Matariki as an official public holiday” said Tariana Turia, Co-leader of the Maori Party.

“At the time the concept of designating a single day as ‘Matariki Day’ did not gain the support of the House, and so we went back to the drawing board”.

“During our negotiations in signing up to the Relationship Accord with National we placed the concept back on the table, and successfully negotiated their support for a cultural heritage bill to recognise Matariki/Puanga and to honour the peace-making heritage established at Parihaka” said Mrs Turia.

“We have been making great progress with drafting this legislation, and we intend to submit this bill at the next ballot”.

Mrs Turia said “the Maori Party believes a strong foundation of our unique cultural heritage is absolutely fundamental to an understanding of what it is to be a New Zealander”.

“For tangata whenua, the rising of the star cluster Matariki (Pleiades to the ancient Greeks) – signals the new year ahead.   Where I am from, we do not have a clear view of Matariki – our new year starts with the rising of Puanga (Rigel – part of the Orion constellation)”.

“Traditionally the appearance of Puanga and Matariki brings with it an opportunity to reflect on the year that has fallen while also preparing for the new year ahead.   It was our time to come together; to stay warm; and to celebrate our connections to each other. It was a time for wananga, to explore our traditional knowledge and cultural heritage, and to pass it on to rising generations”.

Mrs Turia said “in that sense we also acknowledge the season as a time marked by observing the changes on land and sea; the time in which the kai harvested over the summer months was prepared and stored for the colder weather to come”.

“It has been really exciting to see New Zealanders of all hue, eager to learn more about this aspect of our cultural heritage that locates us firmly in the Pacific.   Over the last decade, Te Taura Whiri i te reo Maori, Te Puni Kokiri, the Ministry of Education, Te Papa Tongarewa and some local authorities have built on growing public momentum with their own activities; and we certainly hope to see more”.

“Our Bill seeks to strengthen the opportunities for all New Zealanders to be proud of our cultural foundations; and to embrace the season of Matariki and Puanga in the spirit of nationhood”.

Tariana Turia will be celebrating Puanga at Whangaehu Marae on Saturday.   Dr Sharples attended a candle vigil on Mangere Mountain this morning, focusing on Matariki as a symbolic springboard from which to commit to the prevention of family violence.