The party has been stru 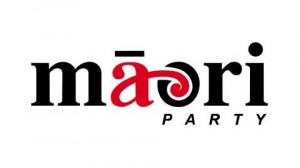 ggling to find its way since the split with Hone Harawira and four years in coalition with the National Party.

Party co-leaders Pita Sharples and Tariana Turia had announced their intention to retire ahead of the 2014 election but both have now said they were reconsidering.

Their presence could be a deciding factor in the party’s success at the next election.

But many of the party’s issues were more deep-seated than that and an entire overhaul of its constitution was under way.

“We want to endure as a political force forever,” Bird said.

“And in order to do that we can’t take anything for granted, we’ve got to put the time and effort into the A-Z of the party.”

Bird said the party was looking at the creation of a candidate college to help select and train those who wanted to represent the party.

It has not been decided whether that would be in-house or contracted out, but was being considering as part of the succession plan.

An announcement on the new constitution was due at the party’s annual meeting in October and will include the process governing leadership decisions, disciplinary action and candidate selection.

“We want to make it more fit for purpose, it’s stood us in good stead but now moving forward we’ve got a bit of work to do.”

Bird said there were a range of people from diverse backgrounds involved in the process. Their names were not being released.

“We’re aware of what we’ve gotta do, there’s some priority activity but the thing is we’re got to plan.”
The meeting comes as former MP Rahui Katene said the party it could not survive by “clinging to the same old, same old”.

The party needed to pick the best people for the leadership in order to remain relevant, she said of Sharples and Turia’s plans to stay on.

“If you’re not looking at your leadership, if you’re clinging to the same old, same old, rather than looking for who the best people are, then you’re not being relevant to young people, you’re not going to be attracting new people.”

Any organisation had to depend on a dynamic membership and leadership, she said.

“And that we don’t just rely on one or two people, we need to be looking at who the best people are.”

Since losing her seat, Katene has moved to Wellington and returned to practising law.

She is keen to stand again in Te Tai Tonga.